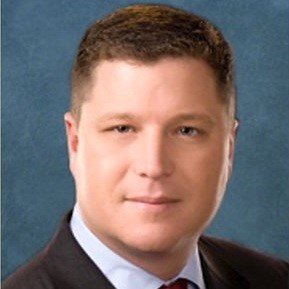 The Florida Legislature will convene in a special session a week from tomorrow (April 19) to resolve a congressional redistricting map disagreement with the Governor.  It won’t include insurance consumer protections.  Proclaiming “If nobody else is going to step up for my constituents, it’s my responsibility to step up for them,” state Senator Jeff Brandes (R-Pinellas) has decided to go the direct route as provided by law and have the entire legislature polled for a needed 60% majority to support his call for a special session to address Florida’s property insurance dilemma.

Senator Brandes sent a letter last Wednesday to Senate President Wilton Simpson and House Speaker Chris Sprowls, asking them to convene such a session.  Noting that “With the 2022 hurricane season quickly approaching and an unstable market, the Legislature chose to leave homeowners exposed to a perfect storm of rising rates, limited coverage, and diminishing options,” by its failure to pass needed reforms in the 60-day regular session that ended on March 14.

“The special session should address the Florida Hurricane Catastrophe Fund in the short term to reduce rates, provide a financing mechanism for insurers to access if the capital markets are not an option, and include significant property insurance reforms in order to create a sustainable environment for Florida homeowners,” Brandes wrote.  “Additionally, the Session should address Citizens Property Insurance reform, as Citizens estimated policy count is growing by 6,000 policies a week and will soon top 1 million.”

Having heard no affirmative response from Simpson and Sprowls, Brandes this past Friday invoked a rarely-used section of state law allowing legislators themselves to call a special session.  In a letter to his colleagues, he told them “we can no longer wait” and asked them to sign-on to a special session.  By law, 20% of the legislature first needs to file their support directly with the Department of State.  Once that happens, the department has seven days to formally poll all lawmakers, with 60% of the 120 member House and 60% of the 40 member Senate needed to approve a special session.  One media outlet has shared that 30 Tampa Bay-area lawmakers have already said they plan to fully support a special session.

Governor DeSantis has said he’ll sign any property insurance bill coming out of a special session called by Simpson and Sprowls.  Simpson has said little.  Sprowls, during an event on April 1 with the Governor, was asked again by the media why he doesn’t support a special session, especially given the six insurance company insolvencies since 2019, the last two in just the past 30 days. 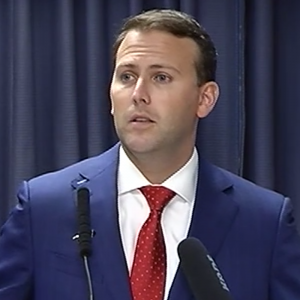 “The only thing that nobody talks about when they talk about those companies that are going out of business, is that those were companies who were allowed into Florida, when our regulations were significantly lower, and they were wildly undercapitalized,” Sprowls said. “So, they were stealing from Peter to pay Paul the entire time they’ve been in business in the state of Florida.  While I think it’s instructive to realize that our residents are seeing rate increases, we have to open up the marketplace.  I think using those companies is a bad example,” Sprowls said.  (You can watch his entire response here.)

We beg to differ Speaker Sprowls.  Those companies were not admitted in Florida at a time of less regulation.  Florida has tough insurance regulation.  But yes, you are undercapitalized when you are an insurance company receiving 50 questionable claims every day.  While the legislature is required by law to pass and the Governor approve a congressional redistricting map, do any of our readers believe that is the average Floridian’s priority who opens their mailbox to a homeowners policy cancellation?

Charlie Crist, who successfully ran for Governor in 2006 on a platform of property insurance reform and is challenging Governor DeSantis for re-election this November, is now criticizing DeSantis on this issue.      Agriculture & Consumer Affairs Commissioner Nikki Fried, another DeSantis challenger, last week joined the chorus calling for a special session to address both insurance and condominium safety in the aftermath of the June Surfside condo collapse.