Citizens Insurance at a crossroads

In our November 30 edition, we shared the FSU Florida Catastrophic Storm Risk Management Center report Citizens Exposure Reduction and Depopulation Opportunities Analysis.  The study was contracted by Citizens Property Insurance Corporation to identify any opportunities to reduce Citizens’ exposure as well as opportunities to expand and strengthen the Florida property insurance market.

The report, discussed at the December 16 Citizens Board of Governors Meeting, has a lot to say but what is concerning is that it doesn’t say a lot either!  Page four notes that “Additionally, certain boundaries and constraints were defined which served to limit the scope of the study and to preserve the characteristics of Citizens as an organization which promotes efficiency, reduces cost, and ensures a high level of service to policyholders and organizational capacity in a fluctuating market environment.”

Because we are in uncertain times, those following this study’s outcome were hopeful that it would have looked outside of “preserving” Citizens as is and explore what it could and should be. One such advocate of transforming Citizens is its Chairman Carlos Beruff.  Presiding over his first Board meeting that day, he opened his remarks by explaining that he wanted to get to know each member of the Board (he is unable to call each one directly as that would violate Florida’s Sunshine laws).  He asked a very simple question along the lines of whether the members of the board believed that Citizens should be a burden on Florida taxpayers. 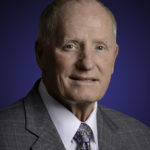 The discussion that ensued, with each board member contributing, gave all of us a clear vision of the Chairman and the Board’s philosophy of Citizens being a “residual market.”  In fact, Citizens President Barry Gilway is one of the best advocates for returning Citizens to an organization that doesn’t offer the best coverage at the best price.  During the board meeting, Citizens executive staff indicated that a survey of their rates showed Citizens was cheaper in over 90% of the quotes examined.

The company has added about 100,000 new policyholders over the past year and is projected to reach 700,000 policies by the end of this year.  Gilway noted that should there be two major storms in the future striking coastal urban areas, then Citizens could see its current $6 billion surplus wiped out after the first storm and a required special assessment on all property insurance customers in Florida after the second storm – to the tune of $6 billion.

By the end of the meeting, Citizens staff was asked to meet with Office of Insurance Regulation officials during this month of January and the Chairman asked that a specially calendared Board meeting be held on January 26 to see what can be done in the current legislative and regulatory framework to raise Citizens rates with the goal of moving the private market as the market of first resort.  We will keep you apprised and we applaud the Citizens team for their tireless efforts to work collaboratively with the private homeowners market in so many ways!