The warmer weather marks the annual termite swarms across many urban areas of Florida and this year is no exception.  The spread of the much tougher to detect “super termites” – the Formosan and the Asian subterranean termites – continues.  Scientists predict half of the homes and buildings in South Florida are going to be at risk of infestation over the next 20 years. 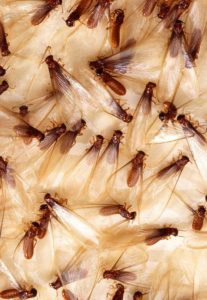 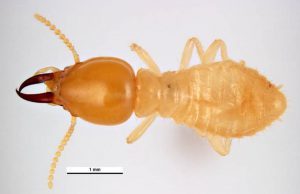 According to the experts at the University of Florida’s Institute of Food and Agricultural Sciences, there’s been a 30% increase in the Formosan and Asian termites in South Florida.  And because they have no natural enemies, pest control companies bear the battle alone.  These are among the sneakiest of termites to detect and eliminate.

Florida’s hot and humid climate is ideal for several species of termites. In addition, our homes are at risk much earlier in the year than in other regions.  And those two species of subterranean termites are most common here in the Sunshine State.   Formosans are the most dangerous.  A horn atop their head emits acid that eats through wood, concrete, plumbing, and just about anything else in a home or building if left unchecked.

The Formosan was first reported in Florida in early 1980s in Hallandale, Broward County.  However, it was probably introduced there at least five to 10 years previously.  As of this year, it’s found in almost all major urban areas of Florida.  In urban southeastern Florida where the Formosan was first found, its distribution has expanded to include much of the coastal areas of Dade, Broward, and Palm Beach Counties.  They’re expanding their territory every year, heading increasingly westward in those counties.  You can click this link for the most recent track.

A typical colony of termites can contain several million insects, which travel underground and then burrow up under buildings.  Their wings allow them to fly and spread faster.  Early signs of infestation: telltale wings on the floor, fecal pellets under infested wood, mud tubes along the building foundation, and flying termites swarming near outside lights at night.