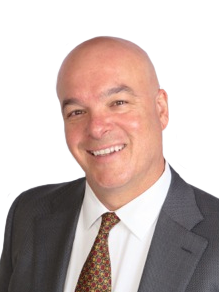 Congratulations to Tower Hill and its subsidiary Omega Insurance Company on a recent defense verdict in Polk County, Florida before Judge Moore!  In Speed v. Omega Ins. Co., the case was originally set for trial in 2019.  As we waited for the prospective jurors to enter the courtroom, the judge asked us to start arguing jury instructions.  Plaintiff counsel, Greg Abaray, was then confronted with a trial stipulation that made his case fall apart.  Rather then proceed with that trial, plaintiffs dismissed their lawsuit without prejudice and initiated a new action which resulted in this defense verdict.  Four years after the claim, Omega’s decision was confirmed by the jury.

The litigation itself morphed from water entering around a chimney, into Irma damages, and then a hail or other wind event that was not Irma.  There was just one issue with the plaintiff’s lawsuit over Irma damages.  They never filed an Irma claim.  They just sought the damages in the lawsuit.  So we waited for three years to pass and then obtained summary judgment in November of 2021 that the plaintiffs were foreclosed from seeking Irma damages because the claim was never submitted within 3 years.  This left the plaintiffs and their experts with a lot of explaining to do since estimates, contracts, reports, and discovery responses referred to Irma damages.

The verdict form contained 19 interrogatory questions dealing with exclusions involving anti-concurrent causation exclusions, fraud or concealment, and other policy provisions.  Ultimately, the jury only answered the first question, finding that the plaintiffs did not prove the loss occurred within the policy period.

The “knucklehead” defense featured prominently.  Engineer David Grindley’s trial testimony was read to the jury because of his unavailability.  In that testimony, Mr. Grindley explained that one reason the loss moved from the chimney to other areas of the house over the course of months was because “some knuckleheads got on the roof and drove hundreds of nails through the tarp and roofing membrane.”  The knucklehead defense was born.

Mr. Speed testified that he nailed the tarp down about six times for inspections.  In closing, we explained that if Mr. Speed hired a company to tarp the roof and they caused hundreds of roof penetrations, he would sue them for negligence.  Hence, the neglect exclusion applies.  If neglect combines directly or indirectly with any loss in any sequence, the entire claim is excluded because of the anti-concurrent causation language of the first set of exclusions.  This question was on the verdict form after several grueling hours in the charging conference between Kimberly Salmon and Greg Abaray. 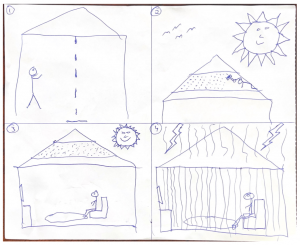 In closing, we explained through this hyperlinked comic strip (shown at right) that the “knucklehead” defense applies.

Jayson Serrano, Kimberly Salmon, and David Salmon tried the case for Omega.  Mr. Serrano handled opening and all but one witness in an impressive performance!  David Salmon also served as illustrator.  Congratulations to Tower Hill, the firm’s first client!

David J. Salmon is a founding partner in the law firm of Groelle and Salmon, P.A.  His Florida practice dates back to litigating Hurricane Andrew claims.  He practices civil litigation, with his primary focus on first party insurance litigation, claims investigation and evaluation of coverage issues in property claims.  He is also a certified insurance instructor.  You can reach him at the firm’s St. Petersburg office at 727-209-9510, ext. 1600 or by email at [email protected]