In next Tuesday’s election, all 120 seats in the Florida House of Representatives and 20 of the 40 seats in the Florida Senate are up for election.  Two weeks later, the chambers will meet for a ceremonial swearing-in of new members and plot the course for the 2021 legislative session which begins March 2.  Critical insurance issues are already being teed-up for consideration.

The House will be led by Speaker Chris Sprowls (R-Palm Harbor), a lawyer, and the Senate by President Wilton Simpson (R-Trilby), an agribusiness leader.  Together, they’ll develop the schedule of six committee weeks, where proposed bills will be discussed, leading to the start of the formal 60-day session. 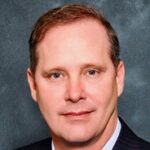 Incoming Senate President Simpson gave us a hint last week of some of the insurance issues on his mind.  He told the Florida Chamber of Commerce that the Senate will seek to do away with Personal Injury Protection (PIP) coverage under Florida’s No-Fault insurance law and replace it with bodily injury (BI) liability coverage.  Similar efforts failed in the last session and in previous years where reform was linked with bad faith reform and ended in stalemates.  “I think we could have some major reforms there and have some guardrails as it relates to bad faith,” Simpson was quoted by the News Service of Florida.

The Senate leader also gave a nod to the need for other legislation to help stem the double-digit homeowners insurance rate increases of the past year, including limiting water claims and home repairs.  “One of the other ideas that has been thrown out is that on a roof, after 10 years, to allow a depreciable value on that roof system,” Simpson said.  “Rather than an insurer coming in with a 19-year-old or 20-year-old roof and having to pay the entire amount – that roof lifespan has been completely used.  So why not allow it after the first 10 years to be on a depreciable value.  That should bring significant savings to homeowners and insurance policies.”

Ron Hurtibise of the Sun-Sentinel had a good article recently where he asked leading insurance experts to provide their views on the disintegrating state of the Florida homeowners market.  Among them were Paul Handerhan, president of the Federal Association for Insurance Reform.  He expressed confidence that legislative leaders “are prepared to enact reforms to prohibit those individuals who conspire to game and abuse our state’s insurance system from continuing their coordinated schemes.”

Meanwhile, the expert litigation analysts at Tampa-based CaseGlide are out with their September 2020 Claims Data Analysis.  Looking at a cross-section of Florida’s largest insurers, September 2020 revealed a total of 4,918 open litigated claims, an increase from August’s figure of 4,590 (+7%), and up 28% from September 2019 figures (3,853).  Three organizations had more than a 50% increase and an additional 10 had increases of between 2% and 37%.  Only four had a month-over-month decrease (between -2% and -20%).  CaseGlide also reports a steady decline in the percentage of Assignment of Benefits (AOB) cases in the last 12 months.  September saw 20% of open cases involving AOBs versus the previous September’s figures of 36% of open cases.