Some via air delivery 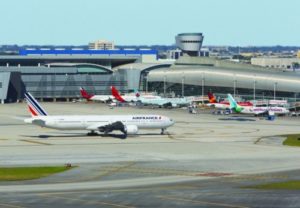 The autonomous vehicle isn’t the only transportation mode taking off in Florida.  Miami International Airport has picked up seven more airlines, a 10% increase in carriers serving the nation’s 13th busiest airport.  They’re bringing part of the Sunshine State’s big population boon: growth of 330,000 new residents a year will bring our population to 22 million people in 2022 according to the latest state estimate.

A report by the Florida Legislature’s Demographic Estimating Conference has the latest population estimates.  It notes that the average 330,605 net new residents per year (906 per day) between April 2018 and April 2024 “are analogous to adding a city slightly larger than Orlando every year.”  There was data that indicated some regional impacts to select Panhandle counties since last October’s landfall of Hurricane Michael.  “The hurricane is thought to have caused some shifting of population among counties and cities, not affecting the overall state total population,” according to the report.

Air travel in Miami is up, up, and away!  In addition to the seven new airlines joining MIA’s current 65 carriers, there’s also been tremendous passenger growth.  Seven of its existing large carriers registered double digit passenger gains so far this year, compared to the same period last year.  With a total of about 30 million passengers between October 2018 and May 2019, passenger traffic rose 2.51% from the same period a year ago.  American Airlines remains the dominant carrier.  It and subsidiary Envoy Air carry two-thirds of MIA’s passengers.