Admitted to splitting fees with client 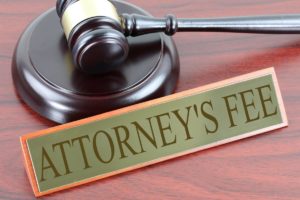 Another lawyer in trouble with the Florida Bar has decided to settle his case, agreeing to a suspension of his law license, a fine, and rehabilitation for filing a series of frivolous Americans with Disabilities Act (ADA) lawsuits.   He admitted to misrepresenting his legal experience, submitting excessive billing fees, and then splitting his fees with a client who has filed dozens of ADA lawsuits.

The Florida Supreme Court last week approved an unconditional guilty plea and consent judgment for discipline for 53 year-old Scott Dinin of the Dinin Law Group in Miami.  His law license was suspended for 18 months and he’ll pay administrative costs of $1,250.

The disciplinary action stems from a two-count complaint against two defendants in the Southern District of Florida that Dinin brought on behalf of his client, Alexander Johnson, who has a hearing impairment.  Those two cases were among 26 similar ADA cases brought by Johnson against gas station owners in South Florida.  Johnson alleged discrimination, because the television screens at the gas pumps lacked closed captioning for the hearing impaired.

The judge in those cases, U.S. District Judge Paul Huck, found two of the lawsuits frivolous, writing that the pair’s true motive was to ”dishonestly line their pockets with attorney fees from hapless defendants under the sanctimonious guise of serving the interests of the disabled community.”  The judge dismissed the cases, sanctioned both Dinin and Johnson, including monetary penalties, and enjoined them from filing further ADA claims.

Dinin’s plea said he had already begun his rehabilitation by voluntarily retaining the Bar’s Diversion/Discipline Consultation Services, contracting with a law firm management consultant to provide executive level coaching and management skills, and hiring a seasoned lawyer to serve as his firm’s managing partner.  Dinin said he has also disassociated himself from Johnson and no longer takes work in the ADA field.