by Andrew A. Labbe, Esq. 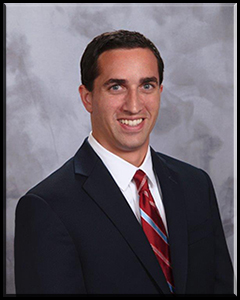 In Flood 911, Inc. a/a/o Constantinou v. Olympus Insurance Co., the Polk County Appellate Division recently affirmed summary judgment granted in favor of Olympus Insurance Company, holding that an assignment of benefits which was not executed by the insured was not valid. Andrew Labbe, Esq. of Groelle & Salmon’s Massachusetts office successfully handled the appeal for Olympus.

The underlying claim involved a water loss at the insured’s property, which was tenant-occupied. The tenant also worked for the property management company hired by the insured, but she was not the property manager at the time of the loss. The tenant retained Flood 911 to perform water mitigation services and executed an “assignment of benefits,” purporting to assign the insured’s rights and benefits under their insurance policy. Olympus issued undisputed payment for the mitigation services, and Flood 911 brought suit to recover the balance of its invoice.

Olympus moved for summary judgment, arguing that Plaintiff lacked standing as the assignment of benefits was not executed by the insured, nor was it executed with his knowledge or consent. Plaintiff argued that the tenant had apparent agency or was the insured’s actual agent. Olympus responded that the tenant was not the insured’s actual agent, as the property management company confirmed she was not the manager on the date of loss. Furthermore, apparent agency did not exist as Plaintiff failed to allege any conduct by the insured which gave the appearance of an agency relationship. In fact, the insured did not even know about the loss until after the assignment was executed, and had never communicated with anyone from Flood 911.

On appeal, Plaintiff asserted the additional argument that the trial court should not have considered the tenant’s authority to execute the assignment because the insured accepted a benefit from those actions – an insurance payment – and was therefore estopped from challenging the tenant’s action. The appellate court agreed with Olympus that this argument was not properly preserved for appeal and otherwise erroneous as the insured and tenant did not have an agency relationship.

Andrew A. Labbe, is a Partner in the Massachusetts Office of Groelle & Salmon, an insurance claims defense law practice headquartered in Tampa.  He focuses on first and third party insurance defense and has experience handling various property claims including windstorm, water damage, fire and sinkhole. Mr. Labbe is licensed to practice in all state courts of Florida, Massachusetts, New York, New Jersey and Pennsylvania.