Can insurance adjusters be held liable? 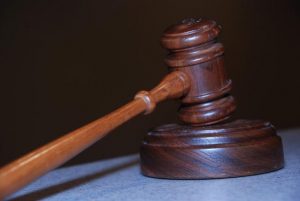 Still on the subject of bad faith insurance law, there’s a significant court ruling out of the state of Washington that held close attention for the insurance and specifically, the claims adjusting community.  And it’s one that could come back into play in Florida and other states.  The question: Can an employee claims adjuster be held liable for bad faith, along with their insurance company?

In a close decision, the Washington state Supreme Court ruled no, the adjuster cannot.  In Keodalah v. Allstate Insurance Company the court overturned an appeals court ruling that had reversed the original trial court decision.

The policyholder, Mr. Keodalah had sued his insurance company Allstate, as well as the adjuster assigned to his automobile crash claim.   He alleged bad faith and violations of the state’s Consumer Protection Act and Insurance Fair Conduct Act.

Keodalah had collided with an uninsured motorcyclist at an intersection, killing the motorcyclist and injuring Keodalah.  Although police said the motorist was going 70 mph in a 30 mph zone, weaved in and out of traffic, and cheated at the intersection, Allstate assigned 70% of the blame to Keodalah and offered $1,600 to settle his policy-limits claim.  Keodalah rejected the offer and sued Allstate for the $25,000 limit of his Uninsured Motorist coverage.  A jury awarded him $100,000 in damages, after which he filed a second lawsuit against Allstate and its adjuster, claiming bad faith and the other violations.  The trial court dismissed the charge against the adjuster which the appeals court reversed, leading to the state Supreme Court review.

In its 5-4 decision, the court found that the “plain language” of the Revised Code of Washington didn’t create a private cause of action against an adjuster.  Likewise, it rejected Keodalah’s claims under the state’s Consumer Protection Act and Insurance Fair Conduct Act, writing that only “the insurer”- not an adjuster – can be held liable for “unfair settlement practices” under the Washington Administrative Code.  The adjuster did not owe Keodalah a duty under that regulation “because that regulation defines only unfair acts or practices of the insurer,” the court wrote.

The four dissenting justices agreed with the majority but stated they “would hold that Keodalah’s complaint states a viable cause of action for common law insurance bad faith against adjuster Smith, an issue the majority fails to address.”

Like Washington State, Florida law provides for bad faith cases to be brought under both statutory and common law.