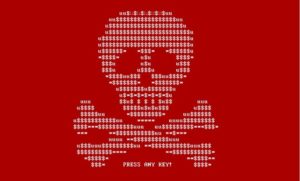 A new survey shows cyber attacks now top the list of concerns among businesses.  Meanwhile, attacks this year on Florida municipalities that have cost insurance companies more than $1 million have prompted the creation of the Florida Cybersecurity Task Force, to be headed by Lt. Governor Jeanette Nuñez.

The Travelers Companies is out with its new 2019 Travelers Risk Index, and for the first time ever, it shows that cybercrime is the biggest worry among businesses of all sizes.  The index is based on a survey of 1,200 business leaders:  55% said they worry some or a great deal about cyber risks, ahead of medical cost inflation (54%), employee benefit costs (53%), the ability to attract and retain talent (46%) and legal liability (44%).

As concerns about cyber threats have grown, a higher percentage of businesses across nearly every industry reported taking proactive measures to safeguard against cyber risks, including:

Yet, a sizable percentage have not implemented these preventive best practices.  Small businesses are especially vulnerable.  The survey shows security breaches at small businesses increased 200% since 2015; medium businesses saw a 100% increase and large businesses had a 73% increase.

In July, we shared how two Florida cities had been recent victims of cyber attacks, costing their insurance companies more than $1 million in ransom payments in order to get their stolen data back.  A third town was also attacked, but had proper data backups in place.

In May, Governor DeSantis said he learned from the FBI that two Florida counties were hacked by Russians prior to the 2016 elections.  Although there was no manipulation of voting results, it was nevertheless an intrusion.  The hackers used “spearfishing” through emails to access voter files, he said, whereby someone in the counties clicked on a link in a received email, allowing the sender to gain access to the computer system.

For a bigger picture view of the threat, Guy Carpenter and CyberCube are out with a new report on the potential size of cyber catastrophes and their impact on the cyber insurance market.  The report, “Looking Beyond the Clouds: A U.S. Cyber Insurance Industry Catastrophe Loss Study,” examines key drivers of catastrophe scenarios and potential insured losses.