Why we don’t have earthquakes in Florida 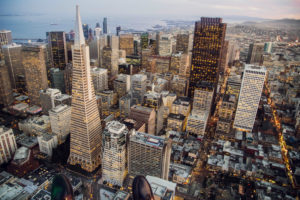 Earthquakes are as rare in Florida as hurricanes are in California.  We’ve only had 5 earthquakes in Florida since 1727 and California has had zero hurricanes and only two tropical storms.  But it doesn’t mean we can’t appreciate and learn from the different construction standards and catastrophe modeling involved in each.

While some of California’s earthquakes are medium intensity, with modest damage, some are large or very large, such as the San Francisco earthquake of 1906.  The New York Times last year published two articles that examined the seismic hazard and the building codes for tall buildings.  It alluded that those standards allowed for 10% of the tall buildings to suffer total collapse.  But in fact, engineers with AIR Worldwide, the leaders in catastrophic modeling, have written this blog – the third in a series – to clarify what can be complex construction and catastrophic risk terms and thus easily misinterpreted.

For our analyst friends who deal only with hurricane catastrophes, one read of the California earthquake methodology will give you a greater appreciation for the modeling power and sophistication put into predicting quake risks.