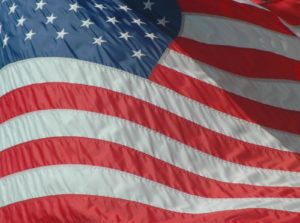 When on July 2nd, the Continental Congress voted in favor of the resolution for independence in a near-unanimous vote, John Adams proclaimed to his wife, Abigail Adams, that July 2nd “will be celebrated, by succeeding Generations, as the great anniversary Festival” and that the celebration should have “Pomp and Parade…Games, Sports, Guns, Bells, Bonfires and Illuminations from one End of this Continent to the other.” John Adams actually held the position that July 2nd was the accurate date on which to revel in the commencement of American independence, not the 4th, and had reportedly declined invitations to appear at Fourth of July events in dissent.

Ultimately, on July 4th, the Continental Congress officially approved the Declaration of Independence, which, written mostly by Jefferson, would serve as a cornerstone for American principles of liberty and freedom of humankind to this day. Though the vote for actual independence took place on July 2nd, from then on the 4th became the day that was celebrated as the birth of American independence.

Adams and Thomas Jefferson both passed away on July 4, 1826—the 50th anniversary of the signing of the Declaration of Independence. Poetic justice comes in many forms but not so often is it as patriotic as the lives and deaths of these two men. Now looking back at 243 years of striving towards “Life, liberty, and the pursuit of happiness” for all mankind, we must look ahead to renew that promise once more this Fourth of July as we celebrate the individuals, their efforts, and the birth of these United States of America we call home.

Have a safe holiday!