Not enough to stop repopulation

So what of these concerns that fraud, excessive litigation, and growing reinsurance costs are causing market contraction among property insurance companies and forcing more homeowners into Citizens Property Insurance Corporation, the state’s taxpayer-backed “insurer of last resort?”  Simply put, it’s true – and the concern justified.  And this past week, Citizens’ senior leadership provided the latest numbers that paint an unsettling picture.

At Wednesday’s Citizens Board of Governors meeting, there was discussion of markets shrinking, rates increasing, and litigation costs off the charts.  I am sharing two important documents from this meeting.  The first is a handy dandy Citizens coverage reference sheet for the underwriters in your firm.  The second is an incredible 21 slide presentation, as presented by Citizens President Barry Gilway.  It contains litigation statistics, policy growth (Citizens grew 4,500 policies last week), and other descriptors of challenges facing its policyholders.  Gilway noted that at least four companies have closed for new business and at least 12 companies have strict underwriting restrictions such as limits on new business/renewals based on location, age of home, age of roof, required minimum Coverage A  limit, and targeted cancellations. 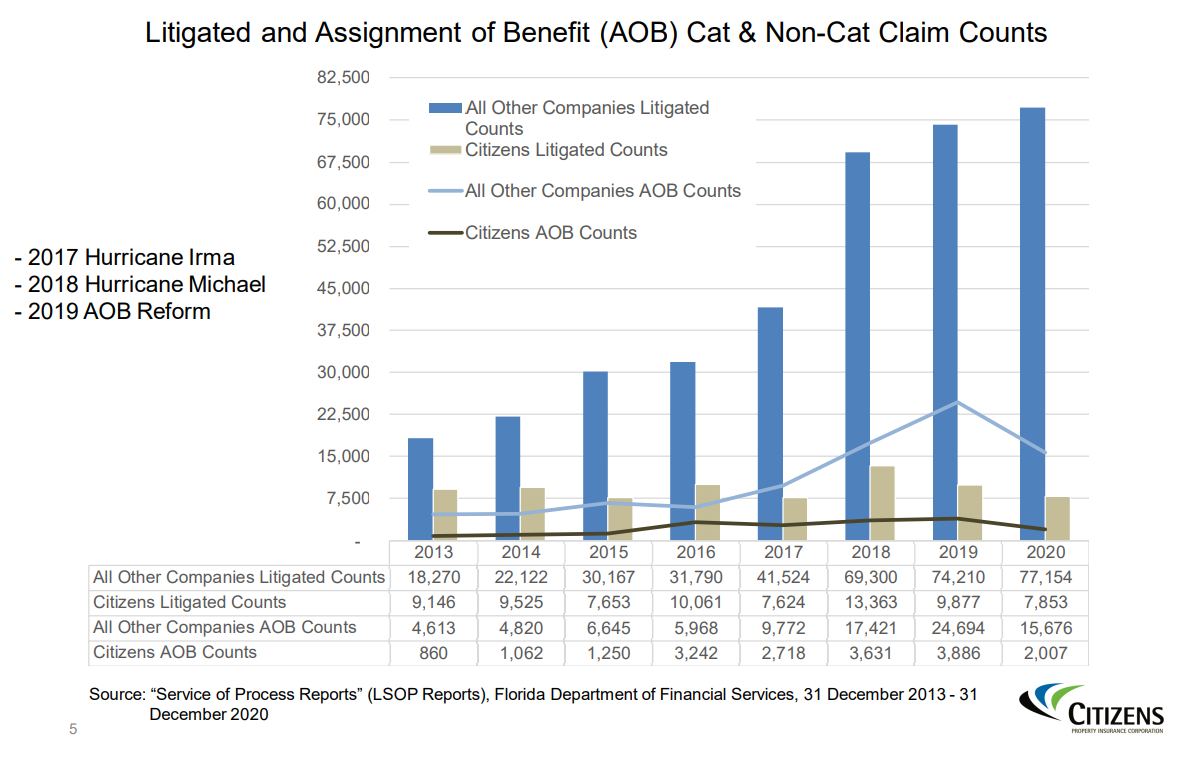 In a press release, Citizens said it’s experiencing the effects of the financially troubled private insurance market and continues to rely on investment income to offset operating losses as it prepares to accept an anticipated nearly 150,000 added policyholders by the end of this year. 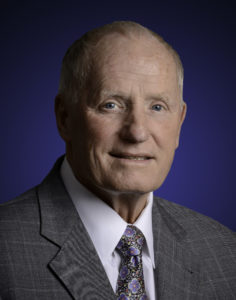 “Citizens board members held a wide-ranging discussion of possible solutions but took no action. Members, however, said Citizens’ growth poses an increasing risk of assessments, which are levied if Citizens exhausts its reserves and cannot pay claims,” according to the release.  As part of its efforts to prevent assessments, Citizens will seek approximately $2.6 billion in reinsurance coverage for the 2021 hurricane season to protect surplus while its policy count continues to grow.  Among the possible solutions, is one suggested by Senator Jeff Brandes to stop selling policies to new customers at artificially low rates, while maintaining the 10% annual rate cap on existing customers.  Gilway said that 91% f Citizens’ HO-3 policies are charged less than the average competitor’s rate.

In the meantime, Citizens is pursuing rate increases of an average of 6.2% for homeowners HO3 policies and an average of 9.5% for condominium and mobile home coverages.  The rate filing will be the subject of a public hearing that has now been moved from this Thursday to next Monday (March 15) before the Florida Office of Insurance Regulation.