With its temporary reauthorization due to expire next month, new bipartisan legislation filed in both the U.S. House and Senate would extend FEMA’s National Flood Insurance Program (NFIP) for another five years, under a series of reforms addressing affordability and program management.  The legislation in part takes aim at FEMA’s new Risk Rating 2.0, a rate modernization effort that took effect on October 1 and that some in Congress tried, but failed to halt.  It applies modern catastrophe modeling and correct actuarially-sound rates to the in-debt 50 year-old NFIP.

Both the House version (HR 5802) and the Senate version (S 3128) of the National Flood Insurance Program Reauthorization and Reform Act of 2021, would:

The NFIP has collected $60 billion in premiums since the 1970s but has paid out $96 billion in claims, according to FEMA.  The last decade, with its increase in catastrophe severity, has been especially costly.  FEMA’s Risk Rating 2.0 Florida Profile shows that under the program, 96% of current policyholders’ premiums will either decrease or increase by $20 or less per month.  Roughly two-thirds of policyholders with older pre-FIRM homes (pre-1970’s) will see a premium decrease. 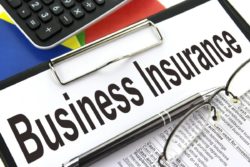 Meanwhile, there’s a renewed effort by some in Congress to pursue pandemic insurance coverage for businesses impacted in future pandemics.  Rep. Carolyn Maloney (D-NY) recently reintroduced the Pandemic Risk Insurance Act of 2021 (PRIA).  It goes beyond last year’s version of the bill by requiring insurance companies to participate in the Pandemic Risk Reinsurance Program and offering pandemic coverage in all business interruption (BI) policies.  You can read more in her press release.

Reinsurance News recently wrote that “while losses have certainly come down from the peaks of 2020 and there’s work underway to mitigate potential issues as seen with the BI class, there’s still room for further deterioration and L&H segment losses.”  It and sister publication Artemis recently published the H2 2021 Reinsurance Market Survey,  The survey, it reports, shows that almost 48% of respondents say they feel slightly concerned about the industry’s ability to manage a similar pandemic in the future.