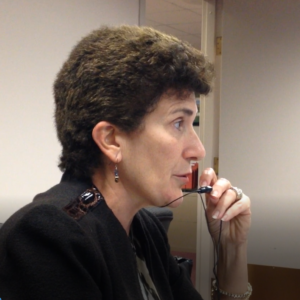 Lisa Miller on the phone headset with an insurance consumer

Each week I have the privilege of talking to a handful of consumers who find me on the internet and want to share their story about the dire situation they are in because of a contract they signed.  Part of my practice is to donate my time to listen and try to help by letting them know, for example, about the Department of Financial Services (DFS) insurance consumer helpline (1-877-MY-FL-CFO).  There’s Annie in Tallahassee and Karen in Southwest Florida and Joe in New York, who is a landlord with Florida rental property.  The stories fit mostly the same pattern…a solicitor knocked on the door of their Florida home, was very convincing that they could get the free roof or kitchen with no out of pocket expenses, grabbed their signature on an iPad or a flipchart containing a contract, and you know the rest of the story.  If you don’t, email me at [email protected] and I can share it with you.

With each call, I do a lot of listening and shaking my head.  I told Annie for example that in the small town where I was raised, if a customer wasn’t happy, the vendor politely said, “I’m so sorry” and would allow for a return of the goods or a cancellation of an agreement.  I told Karen that she should talk to her insurance company to make clear she isn’t happy with the situation she is in and her distrust of her contractor.  And Joe?  Joe was hopping on a plane to confront the contractor who he says ripped the roof off his home and has not been seen since.

I remain puzzled at how contractors who treat people like the ones who have harmed Annie, Karen and Joe continue in business.  Look no further than the reviews on social media.  I read one this weekend that said in part, “I’ve never left a bad review on Facebook before because quite frankly I’ve got better things to do with my time.  However, I’m making an exception here because this group is nothing but a pack of criminals preying on trusting people.  Listen up folks…. There is a reason that the State of Florida has had to get involved with newer legislation to try and slow down…. storm chasers that tell you your roof is damaged and they can get you a new roof…. We tried for 6 months to have them close us out so we could sell our home. They just saw it as not wanting to let go a potential future payday from an insurance company that might give in at some point…. they would release the claim so we could sell our home, but we would have to pay them $2,500 ransom!!!  You read that correctly…. they wanted us to pay them $2,500 to drop the claim and they had never set foot on the property to do any roofing work!”

The best solution to date to try and stop the fraud these consumers described to me is the provisions of Senate Bill 76 that embody the recommendations from Insurance Commissioner David Altmaier in his recent letter to the legislature.  The Commissioner is basing his recommendations on recent national data released that says Florida has 8% of all homeowners’ claims in the U.S., yet 76% of all homeowners’ claims lawsuits.  Read on to learn more about the impact the Commissioner’s letter is having and the legislature’s latest efforts to pass needed reforms.