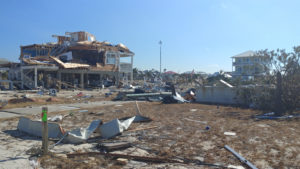 The rapidly rising property insurance rates in Florida – and the disparity in rates between Citizens Insurance and the private market – have some calling again for an examination of Florida’s Hurricane Catastrophe Fund (Cat Fund).  The fund, which provides reinsurance to property insurance companies that sell homeowners insurance, is paid by premiums those companies pass along to individual homeowners.

Its latest report shows the Fund has a total estimated claims-paying capacity of $20.5 billion, which is $3.5 billion more than its statutory limit of $17 billion.  Specifically, the estimated cash balance of the Cat Fund on December 31, 2021 is $11.3 billion.  In addition, the Fund has $3.5 billion in cash from the sale of pre-event bonds, bringing the Fund’s total claim paying resources of $14.8 billion prior to the billing of the reimbursement premium for contract year 2022/2023.  The premium paid by insurance companies most likely will bring the Cat Fund’s cash on hand to approximately $16 billion to pay hurricane claims from any storm that occurs in 2022.

These calculations support the facts cited by Locke Burt, Chairman and CEO of Security First Insurance Company who was quoted in a recent Capitol News Service report, saying in part, “There is enough cash in the Florida Hurricane Catastrophe Fund to pay 100% of all of the claims paid by the Cat Fund since it was created in 1993.”  In fact, Cat Fund documents show that since inception, the Cat Fund has paid approximately $16 billion in claims.  Because of the powerful cash position of the Cat Fund, consumer groups and others are exploring the temporary suspension of the  rapid cash buildup factor in the fund, which, if enacted by the legislature, is estimated to save every Florida residential policyholder $150 annually.

Combining such Cat Fund reform with proposals to increase takeouts from Citizens to the private market, would keep the rate gap between Citizens and private carriers from growing, reducing incentives for policyholders to switch.

As a reminder to our readers, the term “Citizens growth” is, simply put, a bad thing.  When Citizens grows, so does every Floridians’ risk of paying for that growth through state-mandated assessments, should there be a catastrophe (a single big hurricane or smaller multiple hurricanes).  So remember, a healthy and competitive insurance market means Citizens shrinks!  When Citizens offers cheaper rates than most of the rest of the private market (under the legislatively-created annual “glide path” cap on rate increases) rather than actuarially sound rates, policies flock to Citizens, as we’ve plainly seen over the past 24 months.

We’re also reminded of the drivers behind the high double-digit rate growth in the private market, in a recent piece by Renaissance Alliance, an insurance agency network.  While loss creep from Hurricane Irma and higher reinsurance costs are partly responsible, Florida Personal Lines Coverage Reaches Crisis Levels, rightly focuses on the years of abusive lawsuits and fraud that’s driven up costs.  Among the article’s points:

The piece also contains insight for insurance agents trying to navigate their way around changes in the Florida marketplace.