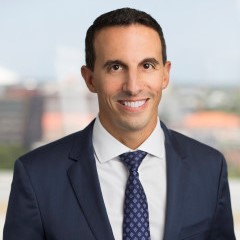 Once again, Florida’s 4th District Court of Appeals (“DCA”) has allowed litigants to file bad faith lawsuits after an insurer covers a claim and timely pays the full amount of an appraisal award.  This time, in Zaleski v. State Farm, the Court neutered a 2019 change to Florida’s bad faith statute that was supposed to make it more difficult to file such lawsuits.  Instead, the Zaleski decision makes it even easier.

In Zaleski, a water pipe burst causing significant damage inside the home.  State Farm adjusted the claim and tendered an initial payment of $43,708.01.  Shortly thereafter, the insureds’ attorney filed a Civil Remedy Notice (“CRN”) alleging that State Farm violated Florida’s Bad Faith Statute.  The CRN did not specify an amount of money that State Farm could pay to cure the allegations.  Rather, two weeks later, the insureds’ public adjuster submitted an estimate estimating the total loss at $168,575.11.  In response, State Farm acknowledged the estimate and invoked appraisal to resolve the dispute.  The appraisal umpire awarded $163,479.10 in total damages, and State Farm paid the remaining balance owed within a week.  Then, despite having been paid in full for all damages owed under the policy, the insureds filed a bad faith lawsuit against State Farm.

Once in court, the judge granted summary judgment in favor of State Farm based primarily on Florida Statute 624.155(3)(f) which states that a CRN may not be filed within 60 days after appraisal is invoked by any party.  The 4th DCA, however, pointed out that the Zaleski’s filed their CRN before appraisal was invoked by State Farm.  Notably, though, State Farm had no idea there was any dispute until it received the CRN.

In 2019, the legislature passed Senate Bill 714, which was ultimately signed into law by Governor DeSantis.  That Bill included 624.155(3)(f) the intent of which was to “[prohibit] the filing of the notice within a certain timeframe under certain circumstances.”  In addition, the final Bill Analysis states that this section “amends s. 624.155, F.S., to prohibit the filing of a civil remedy notice for a bad faith action under s. 624.155, F.S., within 60 days after the appraisal process outlined in the insurance contract is invoked by any party in a residential property insurance claim.”

Clearly, the use of the term “prohibit” strongly suggests that the law intended to limit an insurer’s bad faith exposure where it honored its contractual obligations.  Given these circumstances, it is especially important for the judiciary to prevent abuses.  In particular, when the legislature acts to quell the onslaught of CRN’s and lawsuits against insurance carriers, the hope is that judges would recognize the intent of a law and rule accordingly.  Instead of restricting CRN’s from being filed, though, Florida Courts continue to encourage bad faith lawsuits to be filed.  Even in circumstances like the Zaleski case presented.

Thus, in the wake of this decision insurers are likely to remove the clause from their policies as there is little incentive to resolve claims through appraisal if it does not avoid a lawsuit.  After all, Zaleski  provided the playbook for attorneys to follow: file a CRN, demand appraisal, and sue for bad faith if the award is $1 more than what the carrier paid originally.

Tom Diana is a Co-Founder of the Zinober Diana & Monteverde law firm with offices in Ft. Lauderdale, St. Petersburg, and Tampa.  Tom is a civil engineer turned lawyer whose main practice areas focus on insurance claims involving engineering and architectural experts, all matters related to construction, and coverage issues related to professional and general liability policies.  Tom can be reached at the St. Petersburg offices of ZDM at [email protected].