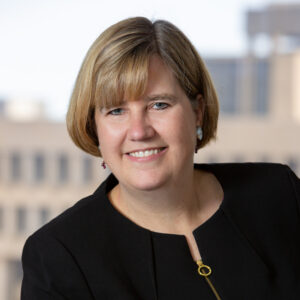 In February, the U.S. District Court for the Northern District of California, addressed the impaired property exclusion, an exclusion contained in most commercial general liability and business owners policies. Despite its inclusion in these popular policy forms, there is limited case law on its application.

In Hallmark Specialty Insurance Company v. Kamflex Conveyor Corporation, Case No. 20-cv-05563-VC (2021), the court determined that there was no coverage for the cookie packaging machine due to the impaired property exclusion.

‘[p]roperty damage’ to ‘impaired property’ . . . arising out of: (1) A defect, deficiency, inadequacy or dangerous condition in ‘[the insured’s] product’ or ‘[the insured’s] work’; or (2) A delay or failure by [the insured] or anyone acting on [the insured’s] behalf to perform a contract or agreement in accordance with its terms.

Impaired property was defined as tangible property “that cannot be used or is less useful because: a. It incorporates ‘[the insured’s] product’ or ‘[the insured’s] work’ that is known or thought to be defective, deficient, inadequate or dangerous; or b. [The insured] ha[s] failed to fulfill the terms of a contract or agreement ….”

The Court held that the impaired property exclusion applied and prevented coverage, citing only to All Green Electric, Inc. v. Security National Ins. Co., 22 Cal. App. 5th 407,413 (2018), which involved allegations against All Green, the insured, that it was negligent “‘by failing to properly install all the electrical components’ … result[ing] in a magnetic field that ‘interfered with the operation of’ the mammography unit.’” Id. At 410.  The All Green court determined that the impaired property exclusion applied and eliminated all coverage, stating:

the only liability alleged in the complaint was a type not covered by the policy: the mammography unit’s temporary malfunction (loss of use) as a result of All Green’s purported failure to properly install the bolt and other electrical components (a deficiency in All Green’s work). All Green proposes no possible theory under which All Green would be subject to liability covered by the policy under these circumstances, nor can we conceive of any. …

The impaired property exclusion is one of a group of exclusions designed to prevent liability coverage from being used as a bond or other security warranting the insured’s product or work. Generally, these exclusions prevent coverage of the repair/replacement of the insured’s faulty work and products, but cover resulting damage. Here, if the cookie machine had burst into flames and burned down the building, the building and contents would likely be covered, except for the replacement of the machine.

Laura Gregory is a partner at Sloane and Walsh LLP, a Boston law firm where she represents insurers and insureds in insurance coverage and bad faith matters, before state and federal trial and appellate courts. She provides coverage analysis and advice with regard to claims and policies in New England and nationally. Her practice includes both first party and third party policy issues, bad faith matters, and legislative and regulatory issues. She has specialized in insurance coverage and bad faith matters for more than 25 years and received the CPCU designation in 1999. She is also an elected official in Andover, Massachusetts, serving as a Selectwoman from 2017 to the present and chair for 2019-2020. She can be reached at [email protected] or www.linkedin.com/in/laura-gregory .