Florida is getting another $326 million in federal supplemental recovery funding to help communities rebuild from Hurricanes Michael and Irma.  There’s also another $44 million that will be used to buy out flood prone homes.  But FEMA is trying to get back more than $5 million it says it overpaid during 2004’s Hurricane Charley.  It’s all in this week’s Disaster Management Digest. 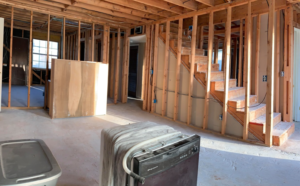 Disaster Relief:  The $326 million comes from HUD’s Community Development Block Grant – Disaster Recovery (CDBG-DR) Program.  It will target seriously damaged housing, businesses and infrastructure and be administered through the state Department of Economic Opportunity (DEO).  $287 million of that will go to Panhandle communities impacted by 2018’s Cat-5 Hurricane Michael and the remaining $38.6 million to communities across Florida damaged from 2017’s Cat-4 Hurricane Irma.  It’s part of a larger pot of recovery money to 15 states and U.S. territories. 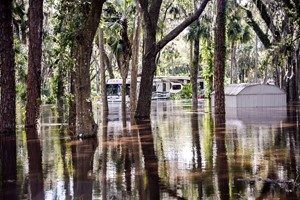 Flood Buyouts:  Another $44 million of CDBG-DR grants will be used for voluntary home buyouts in 11 Irma-impacted communities in the state.  It will be administered by the Rebuild Florida buyout program, a partnership of HUD and DEO, targeting high-risk flood areas.

The money will allow local governments to purchase homes damaged by Irma or to fulfill local match requirements for FEMA’s Hazardous Mitigation Grant Program to reduce future flood risks.  The communities are Bonita Springs, Islamorada, Jacksonville, Marathon, Orange Park, and Palm Bay, together with Clay, Columbia, Flagler, Miami-Dade, and Monroe Counties.  In fact, $25 million of the $44 million is slated for Irma’s hardest hit communities of South Florida, including The Keys.

The totals of all these block grants brings to a grand total to date of $735 million of such assistance for the Panhandle, and nearly $1.4 billion for Irma-impacted areas.

FEMA Claw back:  Charlotte County suffered big damage from 2004’s Cat-4 Hurricane Charley.  FEMA afterward reimbursed the county $62 million in repair and cleanup costs.  Now FEMA continues to demand the county repay $5.4 million of that, apparently over a dispute about what the county’s own insurance paid in damages.

WINK-TV reports the county has appealed twice, with FEMA rejecting the appeals both times.  The report quotes the county budget director saying that legislation only allows FEMA to “claw back money within three years of a storm. But that rule went into effect more than a decade after Charley. So it’s unclear if that will apply now.”

The county is now taking FEMA to federal court to resolve the alleged overpayment.  It does beg the question: shouldn’t there be an enforceable statute of limitations on such claw backs?