Florida has released a list of $80 million in awards to communities to use in building storm resiliency projects, plus it’s not just the big hurricanes we have to worry about, but the smaller ones hitting the right place in the state at the wrong time.  It’s all in this week’s Flood Digest. 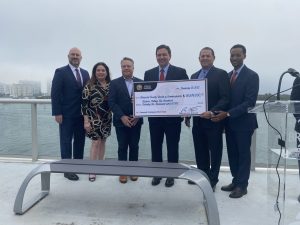 Mitigation Awards: The $80 million awarded last week went to South Florida communities for various flood mitigation projects.  It’s part of an initial $150 million announced in 2020 under the Rebuild Florida Mitigation General Infrastructure Program.  The program provides money for large-scale activities that allow our communities to be more resilient to future disasters.  It’s part of a HUD-allocated $475 million allocation to Florida by its Community Development Block Grant–Mitigation (CDBG-MIT) program formed in response to the hurricanes and other natural disasters of 2016 and 2017. Additional funding cycles are now underway.

The awarded projects are:

The same week of the Governor’s visit, the Miami Herald published an article on the changing face of risk in South Florida.  It includes the impact that natural disasters are having on the state, on property insurance rates (along with increased litigation), and on FEMA’s new Risk Rating 2.0 federal flood insurance program. 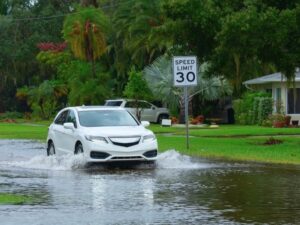 Hurricane Risk: Speaking of news media, the Tampa Bay Times has published an impressive special project, appropriately titled, It won’t take the ‘perfect storm’ to wreak havoc across Tampa Bay.  With many of its communities situated near or surrounded by water, the area has the potential to become an extremely large claims event in the event of a direct hit by a hurricane.  In fact, the paper reports, Pinellas County has nearly $30 billion in built property that could flood in Category 1 storms – more buildings and risk value than even Miami-Dade County.  The highlight of the article is a quote by National Hurricane Center storm surge specialist Jamie Rhome.

“What’s going to be the Achilles’ heel of Tampa, what is going to really surprise Tampa, is not a Cat 5.  It’s not a Michael, it’s going to be a big, sloppy Category 1 or 2,” Rhome said.