The National Flood Insurance Program hit another claims payout record in 2020, along with news that Florida had five of the eight counties in the country accounting for half of all payouts.  Meanwhile, one of those, Pinellas County, is awaiting its reward of lower rates for flood resilience efforts and now two Congressmen are involved.  It’s all in this week’s Flood Digest.

2020 NFIP Claims: Last year was another record-breaking year for FEMA’s National Flood Insurance Program (NFIP).  $1.2 billion in claims were paid, breaking the $1 billion threshold for the sixth year in a row.  Eight counties in three states accounted for half of those flood claims payouts in 2020.  The counties are Alabama’s Baldwin County, Florida’s Broward, Escambia, Miami-Dade, Pinellas and Santa Rosa Counties, and Louisiana’s Cameron and Calcasieu parishes.  The analysis by E&E News notes that Hurricane Sally, the Category 2 storm that struck just west of the Alabama-Florida line last September, accounted for one-third of the total claims paid by the NFIP.  E&E reports the average payment last year was $47,000, highlighting an increase in claim costs in a program that is supposed to be self-sustaining.   The NFIP has paid out $5.76 billion to Florida in claims since 1978. 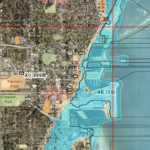 Pinellas County CRS: One of the most vulnerable areas to flooding in Florida is Pinellas County, home of beautiful St. Petersburg and Clearwater.  The county recently announced that it has met the requirements to have its NFIP Community Rating System Score (CRS) upgraded to the next tier.  That will result in significant savings in NFIP flood policy premiums for residents.  But FEMA has not yet awarded final verification of the CRS, putting those savings on hold.  Last week, U.S. Representatives Gus Bilirakis (R-Fla) and Charlie Crist (D-Fla) joined together in writing a joint letter to the office of the FEMA Administrator (a currently vacant position) requesting expedited review and action. 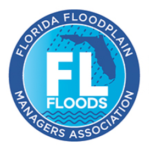 FEMA Conference 2021: This past week I presented to almost 200 floodplain, disaster recovery, and insurance experts who gathered for the annual Florida Floodplain Managers Association’s FEMA Conference.  I shared updates on the state, and progress of, flood public policy around the country from resiliency funding to private flood insurance bills being considered.  That includes successful passage of Alabama’s private flood law that we reported here last week.  I encourage you to follow and join the FFMA, take part in their ongoing seminars, and support those who are leading sound flood management practices and efforts to combat sea level rise.