Congress is gearing up for its annual effort to reauthorize the National Flood Insurance Program (NFIP) and early proposals call for limiting rate increases on federal flood insurance.  Meanwhile, a new report suggests it will take more than better analytics and private writers to actually reduce flood risk, even as Louisiana is moving to pass its own private flood bill.  It’s all in this week’s Flood Digest.

NFIP Reauthorization: House Financial Services Chair Maxine Waters (D-California) released a discussion draft of a proposed bill that would reauthorize the NFIP for another five years.  The program has been on short-term reauthorizations for many years and is currently set to expire on September 30.

Rep. Waters’ bill would also limit the NFIP’s ability to raise premiums for flood insurance.  Others in Congress believe the NFIP is exceeding its authority to raise rates independent of Congress.  “Congress should oversee and debate any changes to the program, especially substantial changes to the program such as Risk Rating 2.0,” Senator John Kennedy (R-Louisiana) wrote recently in a letter asking FEMA’s David Maurstad to testify before the Senate Banking Committee.

Rep. Waters and Rep. Kennedy, unfortunately, aren’t recognizing what NFIP needs for its long term viability so it can rebalance how its flood insurance rates are calculated.  To impede the NFIP and its actuaries from using the country’s current tools to evaluate the right rate is harmful to the very policyholders Rep. Waters and Rep. Kennedy seek to protect.  As Florida’s former Deputy Insurance Commissioner, ensuring that homes are rated properly ensuring adequate coverage is fundamental for maximum protection of homeowners’ largest asset…their homes.

FEMA, which oversees the NFIP, recently introduced its “Risk Rating 2.0” program which will now take effect in October.  FEMA recently provided details of the new program, which applies modern catastrophe modeling and correct actuarially-sound rates to the in-debt 50 year-old NFIP.  FEMA’s Risk Rating 2.0 Florida Profile shows that 96% of current policyholders’ premiums will either decrease or increase by $20 or less per month.  Roughly two-thirds of policyholders with older pre-FIRM homes (pre-1970’s) will see a premium decrease.  We applaud NFIP’s leadership in doing the right thing for ALL of its policyholders as well as ALL Americans.

Triple-I Flood Report: The Insurance Information Institute (Triple I) is out with a new report, Flood: Beyond Risk Transfer.   It explores how major flood events could grow more numerous over the next 30 years and whether our improved ability to predict flood risks will be enough to reduce those risks.

Improved data analytics and sophisticated catastrophe modeling have allowed private insurers to become more comfortable writing flood policies, and should improve the availability and affordability of coverage, according to the report.  But it says the insurance industry can play a wider role in reducing risk by working with governments to promote improvements in zoning, land use, and building codes.  Better data is also essential for improved decision-making and discovering new opportunities, it concludes.

“Whether it’s building codes or pre-emptive risk mitigation, it costs money,” said Dr. Michel Léonard, CBE, Vice President and Senior Economist at Triple-I.  “The better the data at your disposal, the more accurately you can justify the expense.” 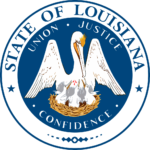 Louisiana Private Flood Bill: A bill that would promote the writing of those very same private flood policies has made its way through the Louisiana House of Representatives and is pending final passage this week.  House Bill 577  would make it easier for private carriers to write flood insurance by allowing a use and file system through 2026, unless extended.

The bill is modeled on Florida’s two key laws (SB 1094 and SB 542) which have helped expand the number of private flood writers in the Sunshine State today to 39.  Those laws were also the basis for the Private Primary Residential Flood Insurance Model Act approved last fall by the National Council of Insurance Legislators (NCOIL).  If successful, Louisiana would join Alabama and South Carolina in expanding private flood availability in the past 6 months.  Other efforts are pending in Iowa and Massachusetts.