FEMA has released a new Risk Rating 2.0 interactive map, coupled with a zip code lookup that includes data for existing single-family homes and all existing National Flood Insurance Program policies, as it further defends its new pricing structure.  Plus there’s a new Homeowner Flood form that’s part of recent changes to the Standard Flood Insurance Policy. It’s all in this week’s Flood Digest. 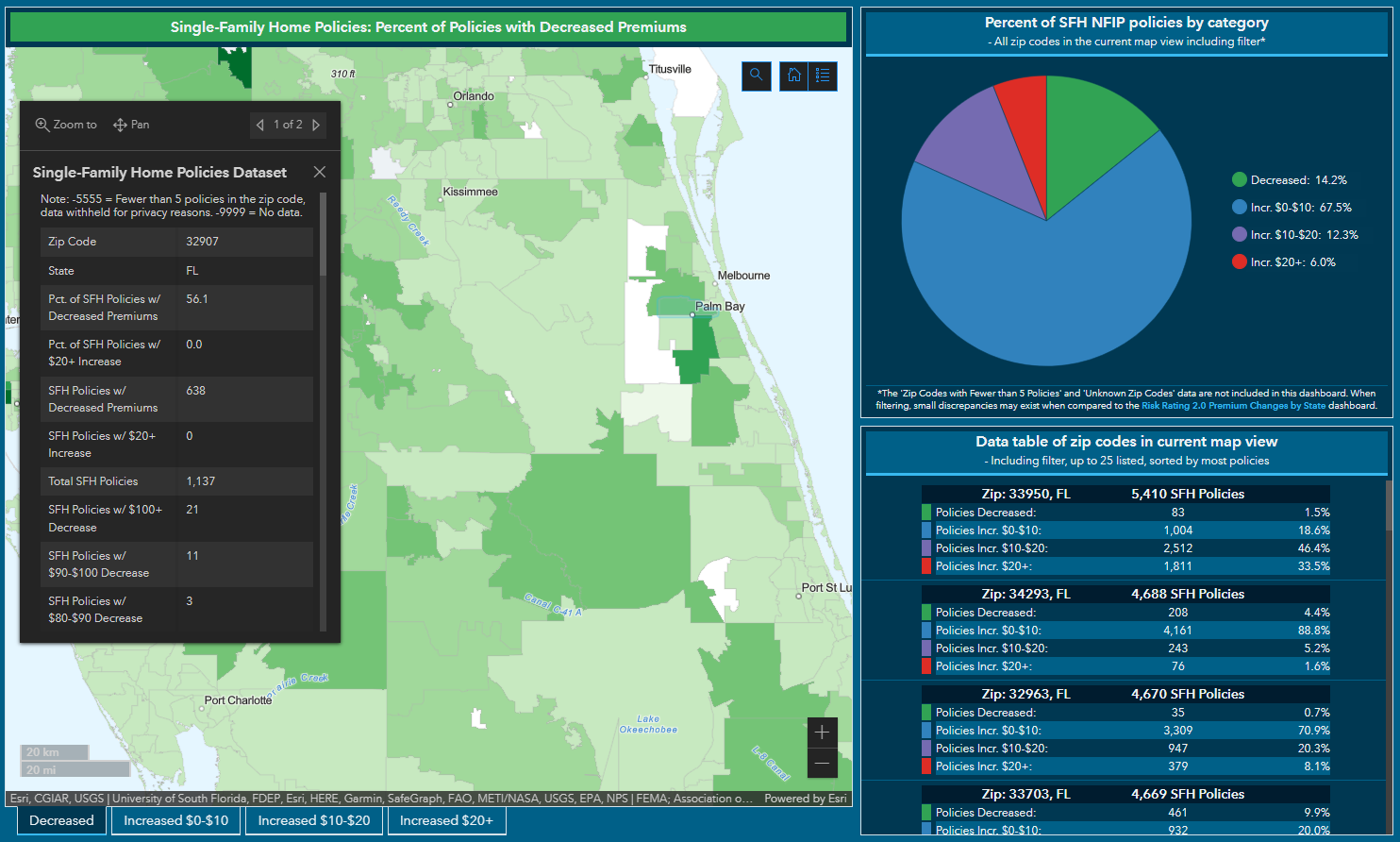 “The comparison data debunks a huge myth held by many critics of the new methodology that under the old system, flood insurance rates were not subject to regular annual increases,” said David Maurstad, senior executive of the National Flood Insurance Program (NFIP).  The truth is, rates have gone up every year for all policyholders and would continue to do so if no action is taken.  The side-by-side comparisons show some policyholders now will experience decreases under year one of Risk Rating 2.0 while a majority of remaining policyholders will see premium increases mostly on par with what they already pay,” Maurstad added in a news release.

FEMA and the NFIP argue that its new methodology considers many more granular factors, including the cost to rebuild, which ensures rates are equitable for all policyholders.  Under the old system, Maurstad points out, policyholders with lower to moderate value homes with less flood risk subsidized the premiums of policyholders with higher valued homes and higher risk.  Adding the cost to rebuild levels the playing field as all premiums now equitably reflect a single property’s unique flood risk.  And once the premium paid reflects the true risk, increases would stop, unlike the old system with its annual increases for all policies.

New Forms: FEMA is also out with a new homeowners flood insurance form, the first revamp in more than 20 years.  According to a brief by the national law firm Bradley, it’s part of a planned change to the NFIP’s Standard Flood Insurance Policy.  The new form would provide coverage for up to four residential properties and provide other streamlining in application and management of policies.

“FEMA has also proposed adding five endorsements to the new form: Increased Cost of Compliance Coverage, Actual Cash Value Loss Settlement, Temporary Housing Expense, Basement Coverage, and Builder’s Risk. These endorsements would be codified at 44 CFR 61 appendices A(101)-(105),” according to Bradley.  FEMA anticipates the new form will be more “user-friendly” and with the “accompanying endorsements would increase options and coverage for owners of one-to-four family residences.”