The federal Office of the Flood Insurance Advocate is out with its annual report on common issues of frustration encountered by customers of the National Flood Insurance Program (NFIP).  Meanwhile, the National Council of Insurance Legislators (NCOIL) is trying to bring in for a landing a Private Flood Insurance Model Act that could help encourage a more vibrant private market in all 50 states.

The Advocate’s report includes recommendations to address the issues outlined above.  For more information about the Office of the Flood Insurance Advocate, visit the FEMA website. 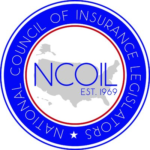 Meanwhile, NCOIL is continuing its work to adopt a Private Flood Insurance Model Act that states can use to encourage a vibrant private market as a needed complement and alternative to the NFIP – just as we’ve done here in Florida.  A conference call is scheduled this Friday to discuss the current version of the Act, sponsored by Rep. David Santiago (FL) and Sen. Vickie Sawyer (NC) and an industry-proposed strike-all amendment.

The goal is to have a Model ready for a final vote at NCOIL’s Summer Meeting in July.  As we’ve been reporting here, the latest contended issue has been on the role insurance agents should play in educating policyholders on pricing of NFIP and private policies.  The current version is a compromise and requires “producers” notify applicants that flood polices – public and private – exist.  We’ve been pushing for an active role for agents, going beyond that to include pricing differences, given the large number of Americans who don’t know they live in flood hazard areas.

Our current coronavirus dilemma should serve as a vivid example of what can happen when consumers don’t know what’s in their insurance policy.  We applaud NCOIL on this compromise and look forward to this Friday’s discussion!