Is the state building code up to the challenge? 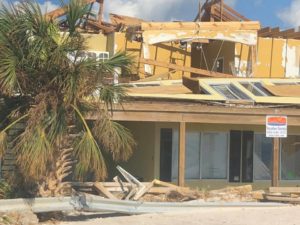 A new report on Hurricane Michael’s destruction confirms what many of us who saw the damage firsthand already knew:  the building code in the Panhandle for even the most recently built homes wasn’t tough enough to withstand the Cat-5 winds of 160 mph.   Another report out this past week shows Florida doesn’t get a pass on hurricane flooding either: 6 of the 15 top risk cities in the U.S. for storm surge are right here in the Sunshine State.

Although Florida is recognized as having the toughest building codes in the nation, many homes and buildings in the Panhandle were built before 1995, when the first of Florida’s tougher post-Hurricane Andrew building codes was established.  The newer Florida Building Code (FBC) of 2002 requires structures statewide to be built to withstand winds of 111 mph and up, by different geographic zones.  But it wasn’t until 2007 that Panhandle homes built more than one mile from the coast were required to follow the higher standard there of 120 mph.  (The Miami area is a “high velocity hurricane zone” with higher standards, in excess of 170 mph.)

The University of Florida Engineering School’s report, Investigation of buildings damaged by Hurricane Michael examined both wind and storm surge damages.  It found that roof cover loss was the most common type of structural failure, even with wind exposures below the code’s threshold. 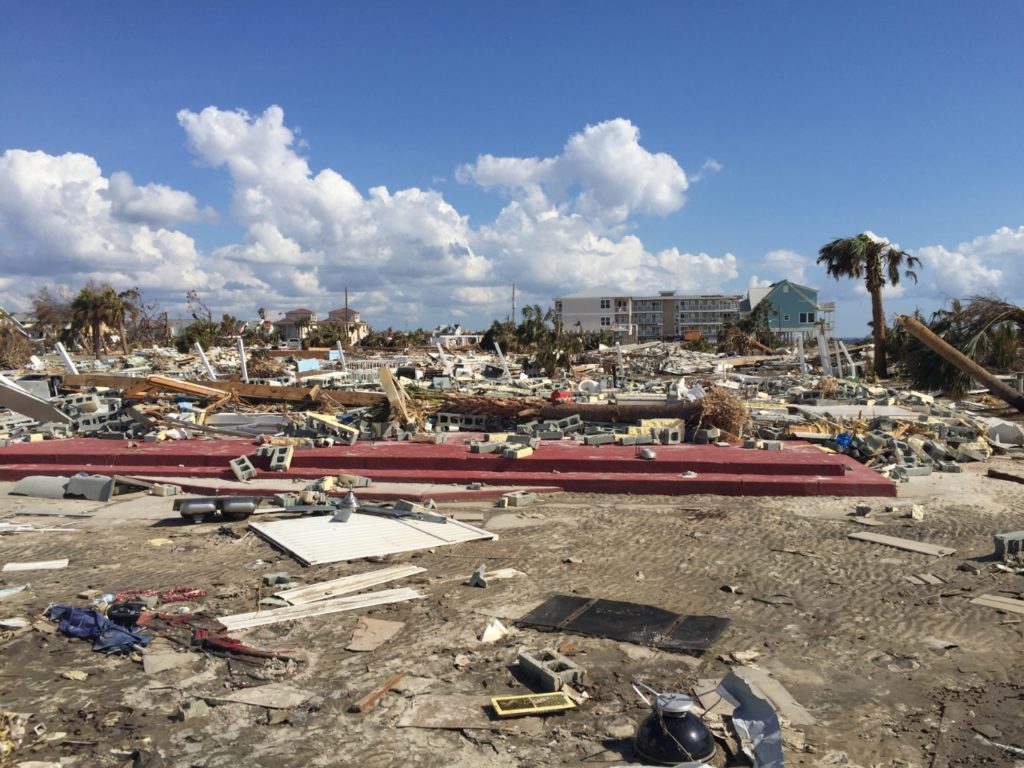 Dr. David Roueche of Auburn University, who toured Michael damage and assisted with the UF report, told a television station that the hurricane “may have been kind of a wake-up call that maybe we need to update some of those models and continuously refine those.”  Dr. Roueche noted there were also structures, especially newer ones, which held up well to Michael’s 160 mph winds and 15.5 foot storm surge.

We discussed this very question of codes on a recent Florida Insurance Roundup podcast episode on construction lessons from Michael.  Those who built above and beyond codes, including using standing seam metal roofs, survived relatively intact.  As Jay Neal with the Federal Association of Insurance Reform has said many times, including on our podcast, “There’s no logic in having one higher standard for Miami-Dade County and not having it for the rest of the state.” 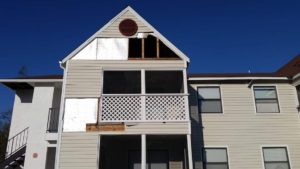 The reinsurance community has taken notice, too. In their recent guest column in the Insurance Journal, two Munich Re senior executives cite “the need to enhance and consistently enforce building codes” as one of the two big challenges facing reinsurers with Florida interests.  (The other challenge: “the litigious environment driving unprecedented social inflation,” such as AOB.)

Here’s the latest reminder why we should care.  A 24/7 Wall Street article shows Florida has 6 of the top 15 cities in the country where hurricanes would cause the most damage.  The article was based on a study of the number of homes at risk of destruction from flooding due to rainfall and storm surge, and the estimated construction costs that would be required to replace these homes if hit by a major hurricane.

The Florida cities, by national rank: