The president of Citizens Property Insurance Corporation, the state-created and taxpayer backed insurer of last resort said Florida’s private domestic insurance companies are losing about 25% to 35% of their surplus each year from underwriting losses.  Barry Gilway told the company’s Board of Governors recently that “The reason is clear.  It is the ongoing financial problems for most private insurance companies,” adding that “These results are unsustainable.”

Even Citizens couldn’t buy all the reinsurance it sought going into this hurricane season.  It set aside $400 million to purchase $4.6 billion in reinsurance but ended up spending $215 million for about $2.5 billion in coverage.  Going beyond that was deemed too expensive.  “This market is reinsurance,” Gilway said.  “This is not a market that is well-capitalized.  It really runs on reinsurance.”

Four property insurance companies have been declared insolvent since late February (of seven since 2019), and at least a dozen other companies have discontinued writing, with most of those policies going to Citizens for coverage.  “The market is probably 75% shut down,” Gilway said.  “There are very, very few companies that are really open in the marketplace.” 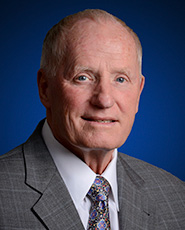 Gilway said Citizens has seen “almost incomprehensible growth” and now expects to exceed 1.2 million policies by year’s end. “That is about a 300% increase in company size in less than three years.”   Gilway said a “reasonable” estimate in 2023 is 1.55 million polices.  That would exceed the almost 1.5 million policies it reached in 2011 during the last market downturn.  It successfully depopulated afterward, reaching a low of 427,000 back in 2018.  The greater the number of policies, the more risk that not only its own policyholders will see huge assessments, but that all homeowners and other property insurance lines’ policyholders, including automobile and marine, will be hit with extra assessments should claims from one or more hurricanes wipe out Citizens’ surplus and reserves.

Despite that, Gilway said Citizens is in good shape.  “When you take a look at the claims paying capacity of $6.7 billion in surplus, $4 billion in the Cat Fund, $2 billion-plus in traditional placement, Citizens is in a phenomenal financial position and frankly, we’re prepared for whatever comes,” Gilway said.