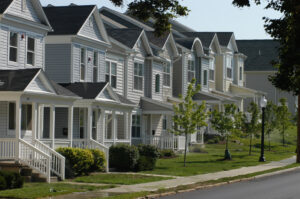 One sector of Florida’s economy with a lot of uncertainty – at least for now – is housing.  Central Florida home sales fell 44% in May over last May but there are literally brighter prospects ahead.  Meanwhile, the current state freeze on evictions was extended to July 1, leaving landlords with uncertainty as to when they may get paid.  Foreclosures, too, are at a standstill for now, because lenders are barred from taking action against homeowners who are behind on their mortgages.  But how long can that last?

While the Central Florida home sales drop is dramatic and the second straight month of decline, June is expected to be brighter.  Pending sales in May were up 34% from April and new listings were up 32%.  Median price in May remained steady – down 1.5% from April but overall up 7% from last May.  Statewide home sales numbers for May weren’t available last week.

It’s unknown whether the Governor will extend for a third time the current pandemic-prompted freeze on evictions, which is set to expire July 1.  But since early April, eviction cases have been collecting in empty courts across the state.  The Governor’s order doesn’t cancel past rental payments owed.  Congress also mandated an eviction freeze under the CARES Act for properties receiving government subsidies or with federally-backed mortgages.

And for those landlords not being paid rent by their tenants and therefore not able to make their own mortgage payments on these properties?  Those with federally-backed mortgages have forbearance plans under the CARES Act, allowing them to delay mortgage payments through at least this month.   That covers an estimated 70% of all home loans in the country.  The rest will have to work with their banks and vice-versa to make payment arrangements to try to avoid foreclosures.

To be sure, foreclosures are happening and at an increased pace.  ATTOM Data Solutions’ latest report shows 258,024 properties in the U.S. going through foreclosure in May, up 8.8% from February.  “At some point, moratoriums will have to be lifted, so that banks can make their own decisions about whether to continue delaying foreclosures while the economy recovers,” said ATTOM’s Todd Teta.  “When that will happen is unknown, but that’s the point when we will see if foreclosure activity will remain at very low levels or rise.”