Florida emergency management teams are in flood-ravaged Eastern Kentucky to help with the ongoing response; FEMA’s $1 billion resiliency and flood mitigation funding program has received applications totaling four times that amount; and Florida is getting $70 million to address the effects of climate change on transportation infrastructure and evacuation routes as part of a new federal program.  It’s all in this week’s Flood Digest. 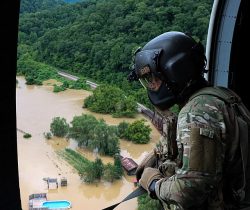 Florida Helping Kentucky: Florida’s Emergency Management Chief Kevin Guthrie came to the aid of Kentucky last week, deploying three emergency teams to help in the response to the deadly July 26-29 flash flooding in the eastern part of the state.  The “All-Hazards Incident Management Teams” include law enforcement officers, rescue workers, public health workers and other public safety personnel.  They’ll provide operational support and assist with local response efforts.  At least 37 people lost their lives in the flooding after 8 to 10 ½ inches of rain fell in just 48 hours in the Appalachian mountain region, spilling into adjacent Virginia and West Virginia. 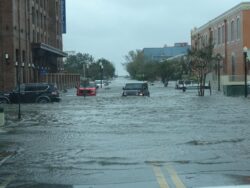 FEMA Mitigation Funding Update: FEMA is now in round two of project selections for its $1.16 billion resiliency funding program.  State and local governments submitted requests for a combined $4.7 billion in this competitive grant funding “demonstrating the growing needs for mitigation investments nationwide,” FEMA noted in a release.  The selection announcements are not awards but rather a status of sub-applications for further review.  These sub-applications include large resilience projects from the Building Resilient Infrastructure and Communities (BRIC) national competition and Flood Mitigation Assistance (FMA) community-wide flood mitigation projects.  Selection announcements are from the Fiscal Year 2021 funding with $1 billion made available through BRIC and $160 million made available for FMA.

Transportation Resilience: The Federal Highway Administration has awarded Florida $70 million this year for more climate-resilient highway and transit projects, bicycle and pedestrian projects and port facilities that help improve evacuations or disaster relief.  The new program is part of the federal infrastructure law that went into effect last November and could eventually send $364 million to Florida over five years.