Cities experiment while the legislature regulates 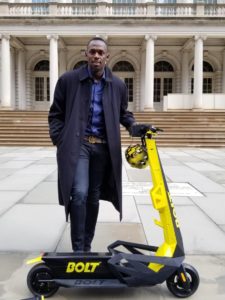 As more Florida cities allow the use of motorized scooters on streets and sidewalks, the Florida Legislature wants to put into place a statewide regulatory framework for uniform rules governing companies providing scooter sharing services.  The motorized scooters, or “micromobility devices” as they’re also referred to, are already on the streets of Tampa, Ft. Lauderdale, Coral Gables – and now Miami, under a pilot program that just started there.

Miami has taken a cautious approach, approving only a six-month pilot scooter program in the city’s District 2, an area north of the Miami River on either side Interstate 95.  And even that almost didn’t happen, with two of the five city commissioners voting no, citing safety concerns.

Six companies are taking part in the trial under rules set by the city: Riders must be 18 or older and have a driver’s license, can only ride on streets, sidewalks or in bike lanes, and can’t take on a rider or ride outside District 2.  They should also wear helmets and yield to pedestrians.

The system works through a phone app – the company leaves its scooters in strategic locations and moves them around during the day and evening to anticipate demand – and riders pay through the app, for as little as $1 an hour.  Many of the six companies are already providing service to at least one other city in Florida and cities outside the state.

Scooters in scooter-sharing networks usually have a maximum speed of 20mph but can be governed to lower speeds by geo-fencing – virtual speed limits set by software using wireless technology based on the scooter’s location.  They’re quite the rave on college campuses.

The Florida Legislature is considering two similar bills, HB 453 by Rep. Jackie Toledo (R-Tampa) which is poised to go before the full House, and SB 542 by Senator Jeff Brandes (R-Pinellas), which is ready for its last committee stop.  The bills would establish state regulation for scooter sharing services, limiting the ability of cities and counties to do so.

The bills, for instance, would require local governments to treat scooter riders like bicyclists, without added burdensome regulation.  The proactive effort is designed to prevent a repeat of the ride-sharing dilemma (Uber & Lyft) of a few years ago, where legality and different rules applied depending on the locality.