Northerners flocking to the Sunshine State 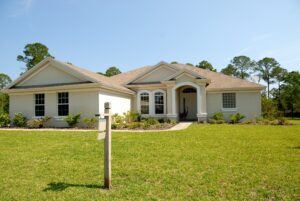 The coronavirus pandemic and the resulting economic readjustment is creating another boon for Florida real estate.  Brokers, especially in South Florida, report a big increase in out-of-state inquiries over the winter – a continuation of a trend that started early last summer.  At the same time, the supply of existing homes on the market is now greatly reduced.

High taxes, cold weather, and the increase in remote work from home and realization that home can be anywhere in the country – all are reported drivers bringing new residents to the Sunshine State.  Florida residents are finding themselves in increasing competition for homes with residents of New York and other northern states, but Illinois and California residents are also calling.  And brokers also report these out of staters are often bringing cash, sometimes to the disadvantage of in-state residents using mortgage financing.

While existing home sales are thriving, builders are also rushing to build new units to accommodate the increased demand.  A new federal rule approved by the U.S. Environmental Protection Agency (EPA) is expected to streamline development.  The EPA in late December made Florida only the third state in the country to be given sole authority overseeing dredge and fill permits for projects involving wetlands.  The Florida Legislature sought the change to move authority for permitting from the U.S. Army Corps of Engineers to the state.   The move however, is now the subject of a lawsuit by environmental interests trying to stop it.  The suit alleges that federal officials violated laws such as the Clean Water Act and the Administrative Procedure Act in making the change.