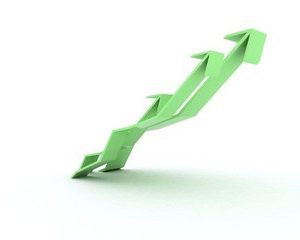 Despite the coronavirus pandemic and other ongoing challenges, Florida’s economy continues to chug along strongly, with good numbers being posted in employment, revenue collection, and a stellar rebound in tourism – the state’s number one industry.

First-time jobless claims in the week ending August 7 numbered 4,381, the lowest level since the start of the pandemic 18 months ago.  The state lost 1.3 million jobs in the initial days of the pandemic between February 2020 and April 2020 and has recovered just over 70% of them.  And although the state unemployment rate for July rose just slightly to 5.1% from June’s 5%, it is still beating the national rate of 5.4%.  An estimated 530,000 Floridians were out of work in July from a workforce of 10.48 million.  In addition, 63,900 private sector jobs were added in July.  Amazon recently announced it’s adding to its 50 sites in Florida that support customer fulfillment and delivery operations.  Six new sites are coming in 2021, creating 2,000 full-time jobs, including a new 630,000 square-foot fulfillment center in Tallahassee.

The state’s revenue estimates keep getting better as well.  The latest quarterly report released last week shows an increase of about $1.4 billion in estimated revenue for the current fiscal year which ends next June 30.  Revenue projections for the 2022-2023 fiscal year also grew by about $1.2 billion.  This latest forecast now puts estimated collections above pre-pandemic forecasts by a total of $2.4 billion.  About half of that is attributed to revenues from the new Seminole gambling deal and newly-required collection of online sales taxes, according to the report.  The big unknown remains what impact the delta variant may have on residents and the economy.

Sales taxes are a big part of the state’s revenue and tourism is a big generator of those sales taxes.  Hillsborough County (Tampa) for example, reports its tourist tax collections in June were a third higher than June of 2019, a record-setting year for collections.  Tourism’s strong comeback is apparent in the greater Orlando area as well.  Hotel occupancy and demand, as well as airport passenger counts are all way up from last year and growing.