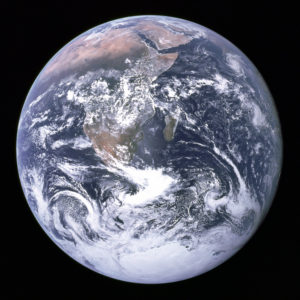 Global warming was back in the news recently with an updated report by the federal government’s Global Change Research Program warning that action is required now “to avoid substantial damages to the U.S. economy, environment, and human health and well-being over the coming decades.”  The report has a few Florida-specific impacts.

The Fourth National Climate Assessment report says we’re going to see heavier rainfall, more hot days, fewer cold days, and an increase in sea-level.  A NOAA scientist associated with the report has noted that Florida has even seen an increase in “sunny day flooding” caused by king tides in South Florida.

The report says that “the evidence of human-caused climate change is overwhelming and continues to strengthen, that the impacts of climate change are intensifying across the country, and that climate-related threats to Americans’ physical, social, and economic well-being are rising.”

The evidence: the U.S. is 1.8 degrees warmer on average than it was 100 years ago, with sea levels 9 inches higher on average and growing. The report says that “Florida alone is estimated to have a 1-in-20 chance of having more than $346 billion (in 2011 dollars) in property value … below average sea level by 2100.”

Contrast this to a report last year by NOAA, in conjunction with the South Florida Water Management District, which said Florida sea levels are indeed rising (up to 17 inches higher by the year 2030, in a mid-range projection) but that why it’s happening and whether it will continue, remain unknown.

A 2015 state law (SB 1094 by Senator Brandes) requires coastal governments consider impacts of sea-level rise in their redevelopment planning.  The Southeast Florida Regional Climate Change Compact, created in 2010 by Broward, Miami-Dade, Monroe, and Palm Beach counties and now includes 35 local governments is examining ways to mitigate the impacts.  The Tampa Bay Regional Resiliency Coalition was formed this year to do likewise in Florida’s most vulnerable area for storm surge.