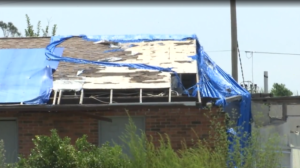 As we work through the open claims of Hurricane Michael, we’re seeing the same loss creep still being experienced from Hurricane Irma claims.  It’s something that’s on the minds of reinsurance interests, too, along with rising costs of Assignment of Benefits (AOB) fraud.  That plus a Florida roofing contractor is nabbed in a kickback scheme and one of Florida’s largest domestic insurance companies has new digs – all in this week’s insurance news.

Reinsurers’ Worries:  A survey by Artemis and Reinsurance News shows the global reinsurance market’s biggest worry or threat is Japan’s Typhoon Jebi.  But coming up second was loss creep from the Atlantic Season hurricanes and AOB costs. Which tied for second place with broader climate threats.  Of course, AOB contributes to loss creep.

Speaking of Fraud:  A West Palm Beach roofing contractor has pled guilty to his role in paying more than $200,000 in kickbacks in connection with a $1.7 million roofing subcontract on the federal building in St. Thomas, Virgin Islands.  David Wikel, president of Therma-Seal Roof Systems paid the kickbacks to a senior project manager for the prime contractor, funded through inflated billing, according to the U.S. Attorney’s office release. 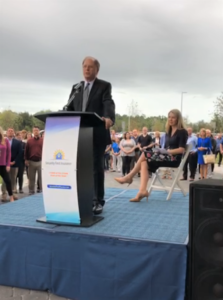 New Headquarters:  Florida’s second largest domestic property insurance company has moved into its new $40 million headquarters on the east side of Interstate 95 at U.S. 1 in Ormond Beach.  Security First Insurance saw 1,000 people turn-out for the ribbon cutting last Thursday.  The company is now under one roof and added 200 employees in just the past two years, with average salary and benefits of $73,000.  President Locke Burt and CAO Melissa Burt Devriese say the workforce now tops 420 and they are still hiring!

Home Sales Up:  Not only are Florida’s home-grown companies expanding and new ones moving into Florida, but home sales are growing right along with them.  The Florida Realtors® report home sales up 8.1% in the third quarter with median values increasing nearly 4% from 2018’s Q3.  The report cites a “rising pending inventory” of sales by year end in forecasting a strong fourth quarter for the state’s housing market.  That means more property and more value to insure.

Market Conduct Woes:  Wolters Kluwer is out with its annual report of the most cited reasons for enforcement actions against P&C insurance companies on market conduct reports by regulators.  The number one reason: mistakes by claims personnel.   Five of the 10 top reasons documented involved errors in claims handling.  Specifically: