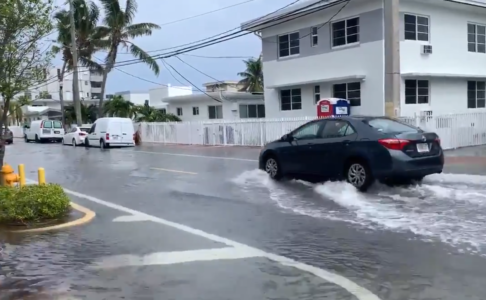 Heavy rains combined with annual King Tides last weekend to flood some Miami Beach streets along with a few other barrier beach communities northward through Jacksonville.  Also making flood news this week: FEMA Group Flood Policies provided after Hurricane Irma are expiring, a new federal flood insurance bill is introduced in Congress, and FEMA is out with its new national household survey.

The “King Tide” is formally known as a spring tide and denotes an above average high tide range, especially when coupled with times when the earth, sun, and moon are aligned and in relatively close proximity to one another.  This usually occurs during a “new moon” phase in the fall and winter months.  Our friends at Brizaga, the Ft. Lauderdale-based flood resilience experts, shared this information on how to be better prepared for this perennial flood event.  Look for more King Tides from November 13-18 and December 13-15.

The last big flood event in South Florida came from Hurricane Irma, the Cat-4 storm that struck in September 2017, moving up the state and into Georgia and the Carolinas and causing extensive wind and flood damage.  For the thousands of homeowners whose homes were flooded and received individual disaster assistance, FEMA purchased three-year group flood insurance policies (GFIP) with the National Flood Insurance Program (NFIP).  More than 2, 500 of those policies are expiring this year and those homeowners need to buy a new flood insurance policy, or find private flood insurance, in order to remain eligible for future FEMA assistance.  Recent trends, however, show that few will renew, leaving them and their communities vulnerable in the inevitable future storms. 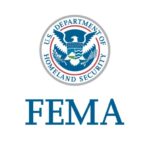 FEMA has released the results of its 2020 National Household Survey. The annual survey assesses how the culture of disaster preparedness and resilience has changed since 2007. The 2020 survey results suggest that the public is experiencing increased interest in disaster preparedness.  The survey of more than 5,000 adults shows that 77% reported having homeowners or renters insurance policies, while 22% had flood insurance.  More than two in three (68%) have taken three or more basic actions to prepare, including setting aside some money for an emergency, which is a 6% increase over last year’s estimate.

Meanwhile, efforts continue in Congress to reduce spending by the NFIP, which is more than $20 billion in debt to U.S. taxpayers.  Rep. Scott Peters (D-CA) and Rep. Andy Barr (R-KY) have introduced the Build for Future Disasters Act to end what Peters called “the costly system of building, flooding and rebuilding perpetuated by the NFIP.”  The bill would end grandfathering subsidies for properties built after 2025, but keep them for properties built before then that are in flood zones or are remapped into flood zones.  A GAO report says NFIP losses are expected to exceed premiums by an average $1.4 billion annually.