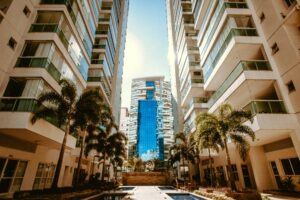 After the Surfside collapse in June 2021, insurance companies began requiring proof that condo buildings have passed all inspections before they’ll renew the policy.  A number of companies beefed-up underwriting requirements further to include more detailed on-site annual inspections of buildings, review of condo association financial statements, and requiring board of directors of buildings to sign affidavits, confirming there are no outstanding maintenance issues.

But the lack of statewide re-inspection requirements now has some carriers simply not renewing or writing new policies, given the risk and cost.  Great American Insurance Company paid-out more than $30 million in its policy with Champlain Towers South.  A recent Miami Herald article quoted one agent as saying as many as nine companies have left the market.  Those companies that are still writing have increased premiums as much as 50%.  This is on top of tougher loan standards on individual condo units put in place over the winter by federal mortgage backers Fannie Mae and Freddie Mac.

The failed building inspection bill before the Florida Legislature this winter called for structural inspections on the 20th anniversary and every seven years afterward for buildings within three miles of a coast and on the 30th anniversary for all other buildings and every 10 years afterward.  As we reported in the last newsletter, Miami-Dade County is now beginning to move forward with its own revamped re-inspection schedule.  It’s one of only two counties (Broward is the other) and a handful of communities in Florida that require high-rise residential building re-inspections and re-certifications.

This insurance issue will be the topic of an upcoming webinar that I’m taking part in on May 18, from 3-4 pm, hosted by KW Property Management & Consulting, a large residential property management company.  The audience is primarily board members of Florida condos and HOAs as well as property managers.  Joining me will be Richard Rodriguez of USI Insurance Services, my good friend Brendan Lynch of the Plastridge Insurance Agency, and Bruce Masia, Regional VP for KW Property Management & Consulting, which manages more than 90,000 homes in Florida.  You can register for this free webinar here.