How to encourage flood insurance

I had the pleasure of listening to some terrific speakers at this past week’s National Flood Conference, which was held virtually this year because of the coronavirus pandemic.  Of particular interest was the growing number of properties outside high-risk flood zones that are flooding.  Many of those are uninsured, something Guy Carpenter has been studying and is out with some insightful advice on how to increase the flood insurance penetration rate. 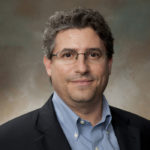 Among the many great speakers and presentations from the conference, was one on Urban Flooding.  The chart below reflects the growing percentage of claims in Houston’s X-Zones, those outside the high-risk Special Flood Hazard Area (SFHA) zones, and that were flooded so badly during 2017’s Hurricane Harvey.  In fact, 68% of those flooded homes were outside the 100-year riverine floodplain.  The chart – and that point – were presented by Professor Sam Brody of Texas A&M, Director of the Center for Texas Beaches and Shores.  Quoting from its joint study with the University of Maryland, The Growing Threat of Urban Flooding: A National Challenge, the professor also shared results from a survey of more than 400 respondents across all 50 states that found: 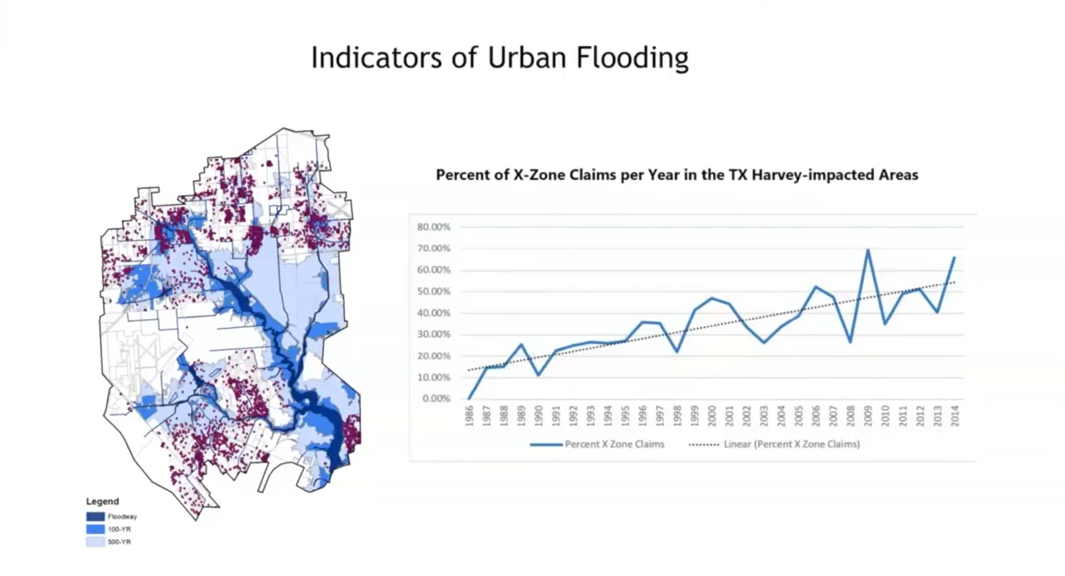 So how can we do better?  According to FEMA, 69% of American homes in SFHA zones (the 1-in-100-year floodplains) do not have flood insurance.  How can we encourage more residents to protect their family and property by purchasing flood insurance?  That’s the question that the learned folks at global reinsurance broker Guy Carpenter have been asking.  Jonathan Clark, who heads their Public Sector division, shared some thoughts and insightful answers in a recent article in Reinsurance News.  He puts the take-up rate as less than 1% for properties outside SFHA zones. 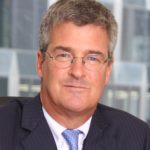 Clark noted the “great flood protection gap” – the difference between the insured and the actual value of flood damage.  In Hurricane Harvey, the estimated insured losses were $30 billion but the overall value of damage was nearly three times greater, at an estimated $85 billion.  More than 75% of those flooded properties had no flood insurance to pay for their losses.

To increase insurance penetration, Clark recommends that there be better enforcement on banks and mortgage companies to make sure that mandatory flood insurance – required of all federally-backed mortgages on properties in SFHA zones – be kept in force for the life of the mortgage.  He also believes there should be a “mandatory make-offer provision” where insurance agents and the homebuyer discuss flood risk, whether it’s on a property that is government-required or not.

That last point is the very “agent-consumer education” that I’ve been advocating here in Florida, around the country, and with the National Council of Insurance Legislators (NCOIL), which is developing a Private Flood Insurance Model Act.

A thank you to the American Property Casualty Insurance Association (APCIA) for its sponsorship of this year’s National Flood Conference and hats off to Don Griffin and team for an outstanding “virtual conference” that was engaging and chock full of relevant and timely information.