A new report says 80% of flood victims from Hurricane Michael were uninsured, likely in part due to old FEMA maps showing them outside high risk flood zones.  It’s another example of the growing need to fix our flood insurance system in this country.  In the past two weeks, the U.S. Senate unveiled its newest reform plan, the NAIC put finishing touches on draft guidance to encourage the growth of private residential flood insurance, and FEMA announced it hit the $1 billion mark in insurance payments to Hurricane Irma flood victims.

A report by My Flood Risk, an affiliate of National Flood Insurance of Melbourne, Florida, notes that 80% of Panhandle homes damaged by flood waters were incorrectly placed in Zone X (code for NO flood risk) on FEMA maps, and as a likely result, had no flood insurance to cover their losses.  Many of the areas’ flood maps haven’t been updated in 10 years or more, posing unexpected risks and huge recovery costs to both homeowners and businesses.  Tallahassee Democrat reporter Jeff Schweers has a very insightful article chronicling outdated maps across Florida, due to a lack of FEMA funding. 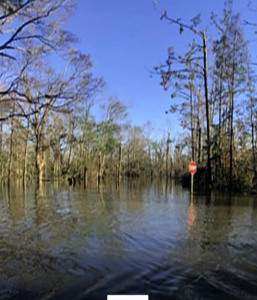 Insured losses to date from Michael stand at $6.65 billion from the Category 5 hurricane’s 155 mph+ winds and 15.5 foot storm surge and inland flooding.  It’s yet another reason why we say “where it rains, it can flood,” regardless of what flood zone you may or may not be in on a map that likely is outdated.   Indeed, Panhandle residents are just the latest group to learn this hard lesson about flood – and wind.  Reporter Amy O’Connor in her excellent nine-month later follow-up story on Michael recovery, quotes one insurance agent saying “No one is coming to tell me they had too much insurance.”

While some in Congress acknowledge the need for a broader private market, the U.S. Senate earlier this month introduced its new NFIP reform bill that focuses solely on making the NFIP more effective and sustainable.  The bill would cap annual premium increases at 9%, provide vouchers for needy homeowners, fund updated and more accurate mapping, and provide stronger consumer claims protections. 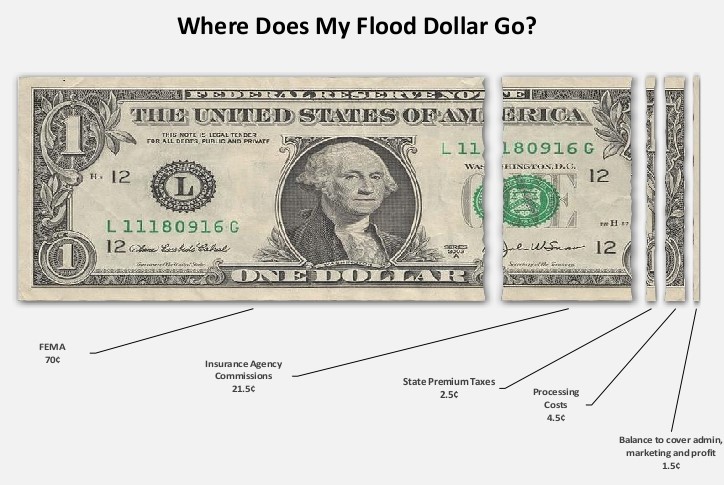 It would also create greater oversight of Write Your Own (WYO) companies and cap compensation to them at the same rate FEMA pays to service its own NFIP policies.  That provision drew a backlash from the Independent Insurance Agents & Brokers of America, who argued it would reduce take-up rates and essentially cap WYO carrier profits.  Agents oppose reducing the WYO’s “profit”, i.e. the 30% fee for their services, since the agents receive approximately 21.5% of the 30% as commission (see the chart above).

At its summer meeting this coming weekend in New York, the National Association of Insurance Commissioner (NAIC) will unveil its updated draft guidance report on the state of the private flood insurance marketplace in the U.S. and what steps can be taken to encourage its growth, as a necessary alternative and complement to the NFIP.  It references a FEMA analysis that 69% of American homes in high flood risk zones do not have flood insurance.

I provided my comments to the NAIC, noting that any solution MUST include a model private flood insurance law being considered by the National Council of Insurance Legislators (NCOIL) that LMA has put forward with key legislators from Florida and elsewhere, along with industry stakeholders.  The two-page model legislation, based on Florida’s model laws, just makes sense to ease the way for a vibrant private market in all 50 states, offering more consumer availability and choice.  We invite your comments on this proposal, which NCOIL is expected to decide on at its December 10-13 meeting in Austin.  Please write me at [email protected]