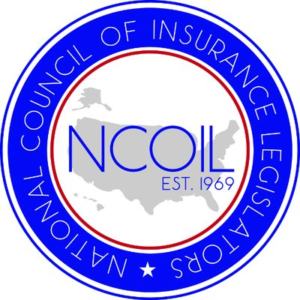 The Assignment of Benefits (AOB) abuse in Florida and other states has attracted the attention of the National Council of Insurance Legislators (NCOIL) which has scheduled a general discussion on the problem at its upcoming meeting in March.  The group may schedule further discussions about model legislation to encourage the development of a private flood insurance market, based on Florida’s successful example.

NCOIL is forming a Special Committee on Natural Disaster Recovery with the goal of providing insurance-specific guidance to states across the country in their efforts toward preparing for, mitigating, and recovering from a natural disaster.  A key part of the committee’s work will be bridging the insurance gap, especially flood insurance, where recent Hurricanes Harvey, Irma, Florence, and Michael have clearly shown too many homeowners are uninsured, with tragic consequences.

It bears repeating that Florida’s successful model laws, SB 1094 and SB 542, which together were game-changers in encouraging a private flood insurance market here in the Sunshine State, prove that when state government encourages it, a vibrant, competitive environment emerges.  In Florida, in just 3 years, almost 30 companies are now offering better coverage at a cheaper price.   Our team’s successful presentation to NCOIL last July set the stage for further discussions.  We also outlined the case in this Insurance Journal column.

The NCOIL committee will consider the re-authorization of, and amendments to, the existing NCOIL State Flood Disaster and Mitigation Relief Model Act.  The amendments currently offered for consideration are those we presented last July and based on Florida Statute 627.715, enacted in 2014, that aim to encourage a robust private flood insurance market to provide consumer choices to the existing National Flood Insurance Program (NFIP).  Closing the insurance gap in this country is vital to ensuring that states can properly and efficiently recover from a natural disaster.

NCOIL President, Senator Dan “Blade” Morrish (LA), said that NCOIL “believes that expanding access to the private flood insurance can be a large step towards closing the gap.  The difference between what is insurable and what is currently insured is simply too large.”

As an advisor on passage of Florida’s model laws, I’m pleased that NCOIL leadership is discussing this much-needed model law legislation so that all states can have a viable and reliable alternative and complement to the NFIP.  This, together with the news of federal financial regulators compelling lenders to accept private flood insurance, bodes well for consumers.

For more on this successful effort, visit our Lisa Miller & Associates Private Flood Insurance & Resilience webpage and I look forward to talking with you or your company on ways to participate in our ongoing efforts.