In a letter to House Commerce Chairman Rep. Blaise Ingoglia (R-Spring Hill), widely quoted in committee meetings last week, Commissioner Altmaier laid it all out in black and white with cold, hard data.

And on the often-heard complaint from some legislators and other skeptics that insurance companies aren’t paying claims?  Again, the NAIC data speaks.  “When comparing the number of claims closed without payment to total claims closed, Florida trends along with the national average,” wrote Commissioner Altmaier.  Yet, Florida trial lawyers are filing a record number of lawsuits compared to other states, according to the data.  “Florida’s ratio of suits opened to claims closed without payment is eight times higher than the next highest state at 27.75%.  The state of Connecticut has the second highest ratio of suits opened to claims closed without payment at 3.4%.  The next highest three states are New Jersey (2.45%), Rhode Island (2.23%), and Pennsylvania (1.82%),” Commissioner Altmaier wrote. 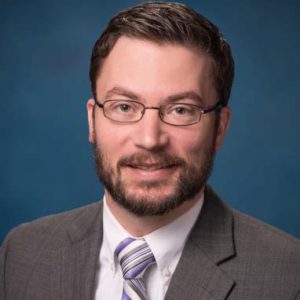 So folks, when you hear that our Florida property insurance market is a lawsuit factory, it’s not an exaggeration.  Reform bills currently before the Florida Legislature are not a “solution in search of a problem,” as some of our prominent attorney-legislators have so accused.  Instead, they are needed reforms to help the market re-balance and help consumers facing double-digit rate increases and lack of available homeowners insurance.  Facts matter.  Of the 342,000 Florida lawsuits filed against insurance companies from 2016-2020, the lion’s share have been filed by the same 25 law firms.

The Commissioner’s letter reinforces last month’s release of author Guy Fraker’s report “Florida’s P&C Insurance Market: Spiraling Toward Collapse” that cited “…71% of $15.2 billion (in claim payments) has funded plaintiff attorney fees.”  We can only wish that the lawyers engaging in litigation factories can find something else to do versus burdening the taxpaying property owners of this state.

Commissioner Altmaier concluded: “These solutions could substantially reduce the litigation associated with claims, bringing more certainty into Florida’s property insurance market. Ultimately this will provide more stability in the market and more rate stability for consumers.”  Amen.  This letter follows a February letter the Commissioner penned to Rep. Ingoglia on cost drivers.  Next up: Bill Watch where we sort through the status of various reform bills, plus a look at how another state is handling fraud, and there’s encouraging news on private flood insurance, too.  Read on!