Money awarded for community resilience, too 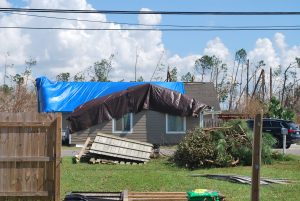 With 95% of Hurricane Michael insurance claims now closed, the state of Florida has opened a fund to help Panhandle residents impacted by the October 2018 Category 5 hurricane repair, rebuild, or replace their homes.  There’s also news this week on a big infusion of money to help rebuild Florida’s critical disaster-related facilities.

The Florida Department of Economic Opportunity (DEO) announced that the application period is open for homeowners in Hurricane Michael impacted areas for the Rebuild Florida Housing Repair and Replacement Program.  The program has more than $246 million in funding to provide long-term assistance to fix or replace Hurricane Michael-damaged homes in a 12-county area that serve as primary residences of eligible Florida families, as well as eligible rental homes.  The program will manage and complete the actual repair or reconstruction of damaged homes on behalf of eligible homeowners.

Priority will go to low- and moderate-income households and those with senior citizens, children, or individuals with special needs.  Funding for the program is allocated through the U.S. Department of Housing and Urban Development’s (HUD) Community Development Block Grant – Disaster Recovery (CDBG-DR) program.

The latest reported figures on Hurricane Michael from the Florida Office of Insurance Regulation as of November 2, 2020, show nearly 160,000 claims with total estimated insured losses of $9.1 billion.  OIR reports 95% of claims are closed with a paid to unpaid claim ratio of 6:1. 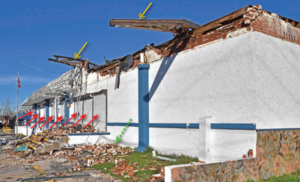 Meanwhile, Governor DeSantis has announced that $75 million has been awarded to 30 communities through DEO’s Rebuild Florida Critical Facility Hardening Program.  The program allows local governments to increase the resiliency of critical facilities that serve a public safety purpose for local communities.  The Governor noted the need to prepare for future storms and that “this funding will be central to that preparation and make these communities more resilient,” said the Governor.

A list of the 30 communities awarded the money and how they plan to spend it are here.  The funds were allocated through the federal HUD’s Community Development Block Grant – Mitigation (CDBG-MIT) program formed in response to the 2016 to 2017 presidentially declared disasters.  It comes on the heels of the Governor’s announcement last month of $100 million being awarded to 24 communities for needed infrastructure repair from Hurricane Irma damage.