Florida’s plan to build three new toll roads to revitalize rural communities and provide more evacuation routes in disasters, could now include broadband projects as well.  There’s also consideration being given to building emergency staging areas on the turnpike system for use in disaster management.

The three new toll roads, referred to as Multi-use Corridors of Regional Economic Significance Program (M-CORES), are still in development.  Separate task forces have been meeting to help determine where they should be built with the least negative impacts.  FDOT is in charge of deciding the exact route, configuration of the roads and interchange locations, which it’s expected to unveil this spring. 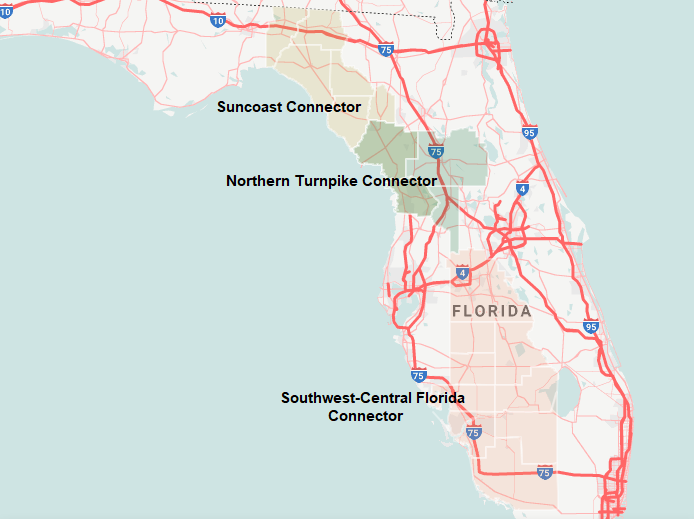 In the meantime, two bills progressing through the Florida Legislature would appropriate about $112 million this next fiscal year and reserve up to $5 million annually for high-speed broadband internet service in the three corridors.  The Senate Appropriations Committee last week approved SB 1166, which now heads to the Senate floor.  A similar bill, HB 969, is likewise ready for a full House vote.  The legislation creates a new Florida Office of Broadband under the Department of Economic Opportunity, to develop, market, and promote broadband.

Another bill would ensure that emergency staging areas are part of any new highways.  SB 7020 would also authorize the design and build of those areas within the existing Florida Turnpike system.  Counties with populations of 200,000 or fewer would be given priority.  Staging areas allow dedicated resources to be mobilized where they are needed most, before, during, and after a hurricane or other disaster.