Risk & costs on the rise 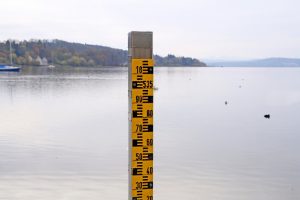 A new study identifies nine counties in Florida facing the greatest risk of property devaluation from flooding in a worse-case projection through the year 2050.  Damage from a 100-year storm surge event in Florida could increase from $35 billion today to $50 billion in 2030 and $75 billion in 2050, based on data culled from the U.S. Army Corps of Engineers’ high-end scenario.

The McKinsey Global Institute’s case study, Will mortgages and markets stay afloat in Florida? is also based on property data (including elevation), tidal gauge readings, and climate change projections provided by the First Street Foundation, a nonprofit group that provided property devaluation projections for the study.  The focus is on sea-level rise, which the report indicates makes properties less attractive to buyers.

The report notes that Florida is especially vulnerable to flooding.  We’re surrounded on three sides by storm-inducing warm water, our porous limestone foundation is penetrable from below by sea water, and two-thirds of the population lives in counties with coastline.  In fact, 10% of residents live less than five feet above sea level.

A new report by Guy Carpenter, Protecting our Planet and the Public Purse, notes the increased risk has created a “culture of reliance” on government assistance surrounding disaster relief, which puts pressure on governments to provide help after catastrophes occur, prompts a perception of moral obligation, and is increasing costs significantly.  Yet the insurance protection gap widens.  The report suggests using reinsurance to help innovate new coverages to close the gap.