One city’s innovative approach to a claim 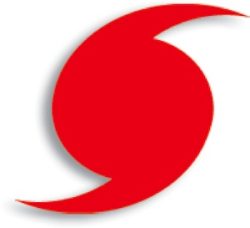 When Hurricane Michael brought its Category 5-force winds to Panama City in October of 2018, one of the many buildings that sustained major damage was the city’s Marina Civic Center.  And two-and-a-half years later, when FEMA found the damage suffered didn’t merit full replacement costs, the city decided to appeal the decision in an unusual way – by trying to re-create the original hurricane conditions and the damage.

On June 10th, an engineering firm hired by the city executed the simulation, with FEMA and other disaster management officials in attendance.  Using huge fans and water hoses, they re-created all five hours of the storm, releasing storm-force winds and seven inches of water in different positions to simulate Michael’s impact.  Using research from NOAA, Jim Keeney, vice president at NOVA Engineering and Environmental, told the Panama City News Herald that the simulation included “a sustained wind of 42 miles an hour to 98 miles an hour, with gusts of 127 miles an hour.” 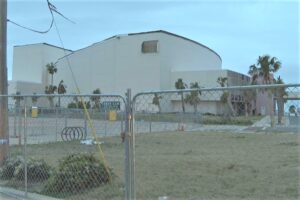 The simulation focused on the Civic Center’s mechanical room, the area of contention in the city’s claim.  FEMA had determined that area wasn’t impacted and therefore the building had suffered less than 50% damage by the storm.  It set eligible damage repairs at about $12 million.  City officials, in three prior assessment reports, said the building’s damage is 58% and will cost about $34 million to replace.

“During these sessions … we go inside, we photograph, we find out how much moisture has entered the area, if there’s anything broken from the wind — anything unusual from the test starting,” Keeney told the newspaper.  “At the conclusion of two of the five testing intervals, it was clear that water entered the exterior mechanical room.”

Official results from the storm simulation will be included in the city’s appeal to FEMA that is expected to be filed next month.  City Manager Mark McQueen said Hurricane Michael’s damage was extensive enough to warrant full replacement of the Civic Center.  This simulation and thought leadership by local government officials are instructive for insurance interests and others who want to negotiate with FEMA or otherwise counter damage claim assessment decisions.  You can read more about the simulation and view pictures in the News Herald’s article.