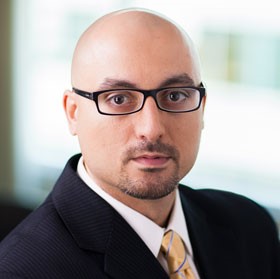 On April 22, 2021, the U.S. Court of Appeals for the 11th Circuit found in Moore v. Intuitive Surgical, Inc., Case No. 1:15-cv-00056-LAG (11th Cir. April 22, 2021), that a surgeon serving as an expert who had not used the specific surgical tool at issue in the litigation was not automatically disqualified under the Daubert expert admissibility standard due to his lack of experience using the tool in prior surgeries. Under the Daubert standard, the courts generally follow a three-prong test to determine if an expert may be allowed to testify. The three-prong test explores (1) the expert’s qualifications, (2) the reliability of the expert’s opinions, and (3) the helpfulness of those opinions to the trier of fact.  This recent decision from the 11th Circuit was particularly focused on the first prong and looked at the issue of whether an expert can be qualified if he has never used the specific product at issue.

In Moore, the medical expert was an experienced OB/GYN surgeon who had performed thousands of operations, worked as a medical school professor, used similar surgical tools in the past, and had been part of committees overseeing surgical procedures.  The main qualification factor that was at play in the case was that the expert had not used the specific surgical tool at issue in any of his past surgeries.  In the lower district court, the expert was precluded from testifying as to the cause of the plaintiff’s injuries, because he was found to be unqualified since he had not used the defendant’s surgical tool.

In its analysis, the 11th Circuit found that the lower court had improperly blended the first prong of the test evaluating “qualifications” with the second prong of the test exploring “reliability.”  The 11th Circuit found that the “distinction is not academic” between the two prongs because “[q]ualifications and reliability remain separate prongs … that answer two separate questions.”  In the 11th Circuit’s view, “district courts may not collapse into each other.”  In regard to the first prong, the court explained, “A witness is qualified as an expert if he is the type of person who should be testifying on the matter at hand.”  In regard to the second prong, the court went on to state “An expert opinion is reliable if it was arrived at through, among other things, a scientifically valid methodology.”  Another important observation made by the 11th Circuit was that an expert is qualified “not because of his familiarity with the product at issue, but because of his familiarity with the analysis he was tasked with performing.”  In its final holding, the 11th Circuit explained that “the district court imposed an admissibility standard on expert qualifications that was too high,” and that there was no support for a bright line rule that “an expert witness is qualified to testify regarding the cause of an injury only if he personally used the alleged defective product.”

Joseph F. Rich is Vice Chair and Managing Partner of the Miami office of the Cozen O’Connor law firm.  Joe has represented domestic and international property insurers in subrogation matters resulting from a wide variety of loss events, such as fires, water releases, product failures, mechanical system failures, roofing failures and deficiencies, and construction defects.  He also advises clients on general litigation matters and has experience litigating professional negligence cases.  He can be reached at [email protected] or via telephone at (786) 871-3941.