Amendment 5 requires a supermajority vote on new or expanding taxes

(Editor’s note: This is the last part of our ongoing series on the 12 proposed state constitutional amendments that will appear on tomorrow’s ballot for Florida voters to consider.) 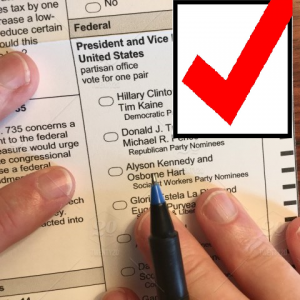 Amendment 5 is a proposal put on the ballot by the Florida legislature that would, as the title implies, require a two-thirds vote of each chamber of the legislature to impose, authorize, or raise a statewide tax or fee.  It also requires that any bill before the legislature that proposes to do that be a single-subject bill – not a “train” of various bills as we often seen pushed through in the final hours of a legislative session.  Any such bill would be presented to the Governor for signature or veto, as exists now under current law.

This amendment notes specifically that it does not apply to fees or taxes imposed or authorized to be imposed by a county, municipality, school board, or special district.  Fees are defined under the amendment as any charge or payment required by law, including any fee for service, fee or cost for licenses, and charge for service.

Amendment 5 was born out of ongoing multi-year discussions among legislative leaders and the business community that Florida is especially prone – given we have no state income tax or statewide property tax per se – to relying on state and local sales taxes, together with other special taxes and fees.

It also came about from an acknowledgment that the existing constitutional limit on annual increases in state revenue has been ineffective in controlling the growth of taxation and in some minds, the resulting government spending.  By focusing on taxation and fees – a significant component of state revenue – this amendment is seen as a way to better insure a thoughtful, deliberative, and transparent discussion on future taxation.

We’re happy to share this link to the Florida TaxWatch 2018 Voter Guide which provides a deeper dive on Amendment 5 and the other amendments on the ballot, along with pro and con positions.

Here’s a link to the complete LMA Backgrounder on Florida’s 12 Proposed Constitutional Amendments.

All proposed amendments to Florida’s constitution require a 60% majority vote to be approved.  As many of our readers are Floridians, it’s important to know how each of these measures can affect us and our families, businesses, and employees.  Knowledge is power!  Election Day is tomorrow, November 6.  Please be sure to exercise your civic duty to vote!