No deductible, no problem

Two co-owners of a Fort Myers roofing and construction firm were arrested earlier this month and charged with nine counts of insurance fraud for allegedly running a homeowner solicitation scheme offering free roof replacements in lieu of paying the insurance policy deductible.

According to the Department of Financial Services (DFS), Brian Webb, 58, of Naples and Brandon Jourdan, 41, of Cape Coral, relocated their business Webb Roofing & Construction LLC to Florida shortly after Hurricane Irma struck in September 2017.  They set-up shop in Fort Myers with another office later in the Panhandle and instructed their sales teams to canvass neighborhoods in the following months and years, through at least November 2019.  Armed with Assignment of Benefits (AOB) contracts for the homeowners to sign, allowing Webb Roofing to take over the insurance claim, these sales people were allegedly instructed by Webb & Jourdan to offer insured homeowners free roofs without having to pay the homeowner’s deductible. 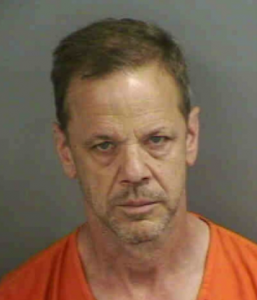 This was accomplished, according to investigators, by having the homeowner sign an “advertising agreement” with Webb Roofing.  The agreement required the homeowner to allow roofing advertising signs on the lawn, provide neighborhood referrals, and positive online reviews.  Webb Roofing would “rebate” or “credit” the amount of the deductible toward the cost of the claim, which is illegal under Florida Statute 817.234.

One homeowner told investigators they were offered an advertising agreement of $4,240 to place a sign in the yard.  Although no sign was ever placed, the offer matched the amount of their insurance deductible.  The homeowner filed a claim in May 2019, nearly two years after Irma hit.  The nine counts of insurance fraud involved 9 homeowners’ claims with 7 different insurance companies, with deductibles ranging from $4,240 to $9,000.  Insurance companies were none the wiser, since payment of the deductible is arranged directly by the contractor with the policyholder in an AOB. 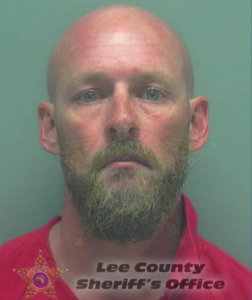 There are believed to be many more than these nine cases – but it’s difficult to gain cooperation from homeowners who may have unwittingly taken part in the scheme and who now have a free roof.  One of Webb’s employees reportedly told investigators that Webb Roofing waived 95% of the deductibles among the paid claims, with the other 5% depending on just how large the deductible was.  Yet there are another 200 or so claims still pending.  If convicted on all nine counts, Webb and Jourdan each face up to 45 years in state prison and up to a $45,000 fine.

The DFS Division of Investigative and Forensic Services has been working on this case diligently since May 2021 and never gave up.  The case was referred to them by a very talented SIU investigator with a private insurance company and was well put together.  Wanting to protect unsuspecting consumers, we at LMA will work side-by-side with you to refer other suspicious cases to authorities and help put bad actors behind bars.

As we’ve reported in this newsletter often, there is no such thing as a free roof!  These roofing scams are driving up insurance costs and thereby rates for all Floridians and – along with increased litigation – forcing insurance companies out of business or out of the Florida marketplace.