Plus the latest on NFIP

The state of Florida is continuing to invest heavily – over $640 million in this fiscal year alone – in ramping up a new effort to help local communities mitigate the effects of sea level rise, storm surge, and inland flooding. This past week the Governor was joined by environmental officials in presenting the state’s first ever Statewide Flooding and Sea Level Rise Resilience Plan.

The three-year plan proposes 76 projects across the state totaling more than $270 million, subject to appropriation by the legislature, and to be matched by local investments.  The plan is part of Senate Bill 1954 passed last spring that established the Resilient Florida Grant Program within the Department of Environmental Protection (DEP).  The plan required DEP to complete a comprehensive statewide flood vulnerability and sea level rise data set and assessment, develop a scoring system to assess projects submitted by local governments and water management districts, and then produce a three-year plan for annual submission to the Governor and legislature. 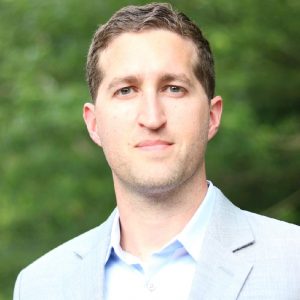 “We want to fortify infrastructure to make communities across Florida more resilient. We are a low-lying state, a storm prone state, and a flood prone state,” said the Governor at a news conference in Oldsmar, which included Dr. Wes Brooks, the state’s new Chief Resilience Officer.  Dr. Brooks has served as DEP’s Director of Federal Affairs since January 2020.  His work in developing and implementing strategies for the State and DEP include Clean Water Act 404 assumption, expedited construction of the Everglades projects, and reauthorization of the Coral Reef Conservation Act. 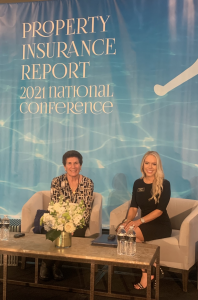 Speaking of flooding, the Congress has approved another short-term reauthorization of the National Flood Insurance Program (NFIP).  The program was due to expire on December 3 but has now been extended until February 18, 2022.  Our efforts continue here at LMA to promote a competitive private flood insurance market, as both an alternative and complement to the NFIP.  I attended the recent Property Insurance Report National Conference and was quoted on the subject for their article More Accurate NFIP Rates Open Floodgates for Private Coverage.  Ed McMenamin’s article is a very comprehensive update in an easy-to-read narrative on the current dynamics of the NFIP and the private flood insurance market now that Risk Rating 2.0 is a reality.

The Federal Association for Insurance Reform (FAIR) continues its push for greater consumer awareness of private flood insurance, too.  Its President, Paul Handerhan penned this guest column appearing last week in newspapers across Florida, Urging Congress to update flood insurance.  Check it out!