What changes are needed? 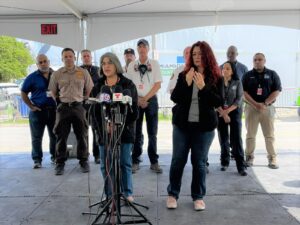 Our team has been in tune with building officials, first responders, family and friends of the lost, elected officials and others listening and praying with those in and around the Surfside condominium collapse tragedy.  The ripple effect of this devastation has made it a tough two weeks for all of us.  One of the ways we have contributed is to connect those who want to know about the building code, condo law, insurance company reactions, engineering standards and more in discussions of how we can prevent this tragedy from ever happening again.  We wanted to provide a compilation of what we have learned since the June 24 collapse.

First, as one building official told us, the minute the certificate of occupancy is issued for a condo building, the building code isn’t a part of a future discussion, saying that the building code is not a maintenance code.  Frankly we never thought of the code in those terms and the official said it would be like not appreciating a building official telling a homeowner when to replace their water heater: that those decisions are left up to the property owner.  That is exactly the case in condominiums with condo board members driving maintenance decisions based on Florida’s statutory framework. 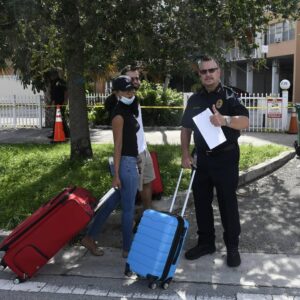 Regulation: The Champlain Towers South building had just started repairs based on an engineer’s report two years ago that noted “major structural damage.”  Since its collapse, teams of city and Miami-Dade County workers have been checking inspection records of other condo buildings up and down the beach with engineers performing inspections where necessary. Officials ordered the 10-story Crestview Towers in North Miami Beach evacuated after receiving a January report that the building was structurally and electrically unsafe.  Over the weekend, the top floors of the Miami-Dade civil courthouse were ordered closed after its building inspection.  Surfside officials are moving up building recertifications for occupancy from every 40 years to every 30 years and requiring sign-off by both a structural engineer and a geotechnical engineer checking the foundation and subsurface soils.

Insurance: Likewise, we anticipate property insurance companies to increase their communications with condo boards about any required inspections, any available engineering reports and/or any available building official visits or reports for coverage to remain in effect, as well as liability coverage for condo board members and officers. The Champlain Towers South had $30 million in property coverage, and $18 million in liability coverage, an amount Circuit Judge Michael Hanzman, who is handling initial lawsuits, called “obviously inadequate.”  He appointed an independent receiver.  “I do not want dollars that could have been used to compensate victims to be paid to lawyers,” Hanzman said.

Investigation & Future Changes:  Local and state reviews of the collapse are underway.  The National Institute of Standards and Technology, which investigated the 911 World Trade Center collapse, is also on the case.  The Miami-Dade County grand jury is taking on the broader issue of building safety and its scope is all buildings and structures – not just high-rise condos.  Building officials across the state are meeting to discuss potential new legislation changing post certificate of occupancy maintenance requirements.  Only Miami-Dade and Broward Counties require high-rise recertifications.  Senator Jason Pizzo, exercising leadership and empathy which is exactly what is needed, is working diligently with engineers to craft building inspection legislation that he hopes to have ready for fall legislative committee meetings.