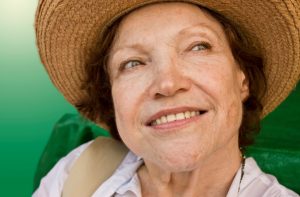 There is positive news to report as well in this newsletter.  Three Florida cities have made the U.S. News and World Report’s latest list of best places to retire in the country.  Fort Myers, Sarasota, and Lakeland all ranked in the top 10.  Meanwhile, a new report from the Florida Realtors® notes that baby boomer women who are retiring and coming to Florida are seeking a more active lifestyle than their predecessors and among married retirees, have a more active voice in where they want to retire.

U.S. News & World Report’s 2019 list of the “100 Best Places to Retire in the USA” gives top billing to Lancaster, PA.  Its housing affordability and happiness rankings among residents helped it bump Sarasota from its number one positon on the list last year to number three.  Fort Myers took the number two spot on the list this year, ranking high in housing affordability and healthcare.  Lakeland kept its number ten spot on the list.

Meanwhile, the Florida Realtors® is spotting a trend among women retirees that is holding true in Sarasota and other Florida cities that have put an emphasis on active, mainstream lifestyles for retirees.  That’s not necessarily the golf and tennis mindset, but rather access to the arts and culture, fellow knowledge workers, and more mental pursuits.  They don’t want to mess with cooking or having a lawn either, increasingly preferring to be in the heart of a vibrant downtown environment.

One Sarasota Realtor® noted that high-earning couples are a primary factor driving Sarasota’s thriving housing market, and the national numbers support that. Between 1997 and 2017, the median income for a married couple between 55 and 64 years old  has grown by 60% – with an increase in that second income accounting for most of the difference.   But there’s also been an uptick in single boomer women seeking homes, too.

The Realtors® report is instructive for insurance interests and definitely worth the read!