Recent news that federal financial regulators have adopted a final rule compelling lenders to accept private flood insurance, together with a renewed effort to adopt a model flood insurance law for all states to encourage a private market, bodes well for consumers and the growing private insurance sector.  Not only will these developments create more available and affordable flood insurance options, but they will also shift more risk onto the private market and away from the federal government’s debt-burdened, taxpayer-subsidized National Flood Insurance Program (NFIP).

I was honored to be asked recently to write an article that appears in this month’s Risk Management and Insurance Review.  You can read the full article here.  With ever increasing NFIP rates, it’s only natural that a private market should relieve some of NFIP’s lower-risk portfolio.  With the NFIP in debt to the tune of nearly $21 billion, shifting risk appropriately to the private market is both smart public policy and increases the availability and affordability of flood insurance for consumers.

But there was a recent warning sounded about the new federal rule that requires mortgage lenders to accept both private and NFIP flood insurance policies.  Craig Poulton, CEO of Poulton Associates, a private flood insurer, expressed concern in a recent Insurance Business article that regulated lending institutions will have to “exercise their discretion to accept certain policies issued by private insurers that do not contain all of the criteria in the statutory definition of ‘private flood insurance,’” according to the final rule.  “What they’ve done is they have continued the existing paradigm where under a bank examiner comes a de facto insurance regulator,” Poulton said in the article.

Poulton is right and his concern is legitimate.  That’s why we need regulated forms, but unregulated rates, to encourage the development of private insurance markets in states across the country, just as we have done here in Florida. 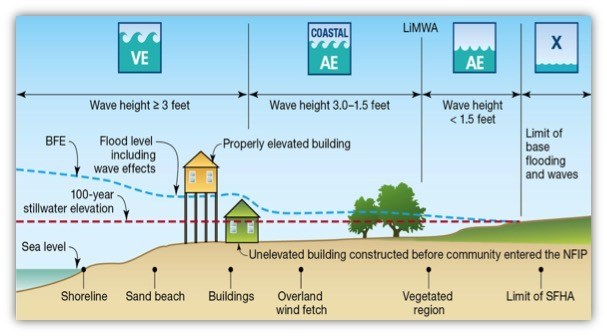 Meanwhile, in communities across the Sunshine State, FEMA is continuing to debut its latest Flood Insurance Rate Maps (FIRMs).  In the Florida Keys, there is concern that the new maps will have base flood elevations significantly higher than current maps, up to two feet in some areas.  That could bring higher insurance rates for properties unable or unwilling to meet the new criteria post-Irma.  That, in turn, could affect already high real estate prices in the Keys, already under a state mandated end to development by 2023, as reported in this Keys Weekly article.